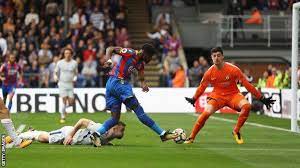 Chelsea on Saturday returned to winning ways with a 2-1 victory over Crystal Palace at Selhurst Park.

Crystal Palace scored the opening goal in the early stage of the first half.

Pierre-Emerick Aubameyang scored the equalizing goal for Chelsea, before the end of the half. Conor Gallagher made it two for Chelsea to secure victory for the new manager, Graham Potter, on away game.