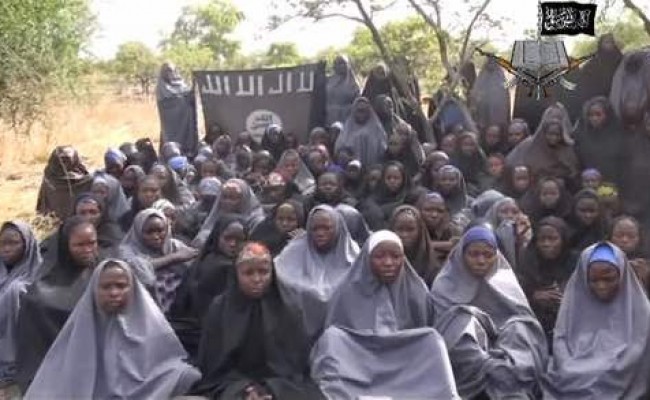 Today makes it 731days of the abduction of about 300 schoolgirls at Chibok by Boko Haram insurgents causing international outrage against sects as well as the Federal Government especially the military.

Many protesters all over the world demanded greater government actions over the rescue of the girls and security of lives and property.

The terrorists had on the night of 14 April, 2015 stormed their school premises and abducted them while some were said to have escaped living about 219 of them still incommunicado.

The girls were cajoled by the terrorists  into believing that they were military men who were on rescue mission as they allegedly told that the terrorists were going to strike at the school that night.

Immediately they came out of their dormitory, they set the dormitory ablaze and took a large number of the girls away in a truck to an unknown destination.

While the Nigerian military said 129, the parents claimed 234 and the Nigerian Police approximated the figure to be around 276.’

There were verbal attacks on the military authorities coupled with alleged insensitivity of the government in power at that time by concerned citizens to rescue them complaining that they were not proactive.

The Nigerian Police while were confused about the exact people involved, the general public were voracious to know the exact number of students abducted and called on parents to provide pictures to identify their missing children.

The mix up over the figures of the missing girls drew the anger of civil society organizations and led to the setting up of a committee by the former President Goodluck Jonathan’s administration to get to the root of the whereabouts of the girls and to look into their rescue.

Boko Haram leader, Abubakar Shekau, later claimed responsibility for the kidnap, releasing pictures of 130 girls in hijab and challenging the government that he will marry the girls out to unknown destinations.

That drew reactions from within and outside the country prompting several petitions poured in from concerned citizens who pressured the government to act.

A group of diverse citizens started a sit out on March 30, 2014, at the Unity Founding, Abuja, advocating for the speedy and effective search and rescue of the girls.

They marched to the National Assembly defying the rains, demanding for one thing; that the abducted girls be brought back.

They also tried to enter the Presidential Villa to pressure the government to do something, but were severally resisted. All they got was a ministerial delegation.

Nigeria’s former First Lady at that time, Patience Jonathan, set up her own type of investigation in an effort to unravel the situation around the kidnapping. She was, however, overtaken by emotions.

The #BringBackOurGirls became the most popular in the world on social media with everyone urging the Federal Government to Bring Back Our Girls.

The Oby Ezekwesili group stood their groubd until they had audience with President Buhari. They got what they could not get in the past administration – a meeting with the President right in the Presidential Villa with hope rising promises to rescue the girls.

That promise is yet to be fulfilled as the Chibok girls are still in captivity.
As parents and relatives mark the two years of abductions, it is hoped that the promise made by the Muhammadu Buhari-led government that they cannot claim to have defeated Boko Haram until the Chibok girls and other innocent persons held hostage by the insurgents are rescued is fulfilled.