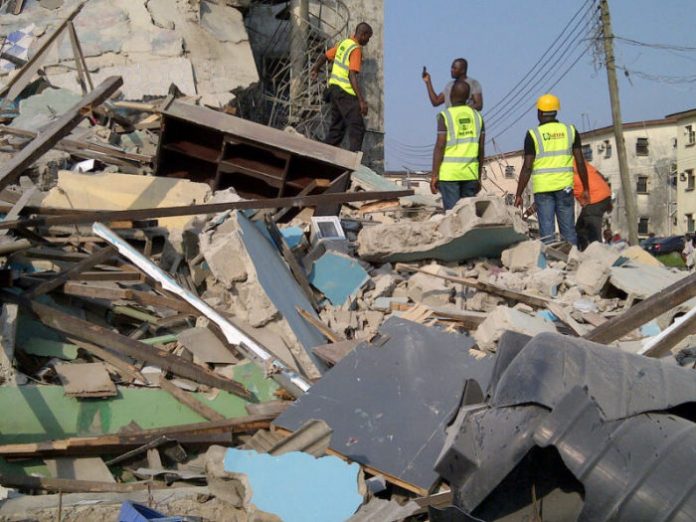 Farinloye said this morning that “We rescued 19 persons, including a teenager, while the right limb of one of those rescued alive from the wreckage was chopped off.

“So far, we have done close to 95 per cent of the evacuation of the wreckage to ground zero.

“If by the end of the day at ground zero, we do not recover any other body, that 22 will be the figure. “We started rescue operation at the three-storey building site at exactly 2:45 p.m. on Thursday, in collaboration with the Lagos State Fire Service and the Lagos State Traffic Management Agency (LASTMA).

“We should finish the operation in the next one hour,’’ Farinloye reiterated.

He confirmed that a small church which was close to the collapsed building was not affected, but the building had to be pulled down, to enable the rescue operators to have access to the affected building.

National Daily gathered that officials of the Nigeria Police Force, the Red Cross, NEMA, the Lagos State Emergency Management Agency (LASEMA) and the Lagos State Building Control Agency (LASBCA), all declined to speak on the operation.