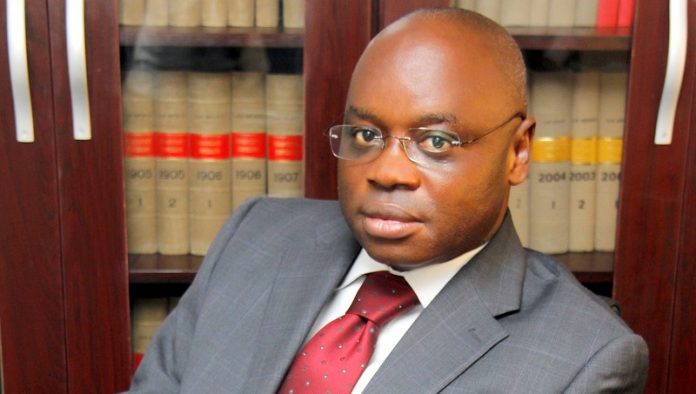 A Senior Advocate of Nigeria (SAN), Joseph Nwobike has lost his status following his conviction by a Lagos high cour.

The Legal Practitioner’s Privileges Committee (LPPC) suspended him during a meeting of the committee on Thursday.

A statement from the secretary to the LPPC, Hadizatu Mustapha, said Mr Nwobike was suspended following his conviction for perverting justice.

He has thus been stripped of all privileges tied to the rank of a SAN, pending outcome of investigations on his alleged offence.

“This is to notify the general public that the legal practitioner’s privileges committee in its 132nd plenary session which was held today, June 21 has suspended Joseph Nwobike Esq. from the use of the rank of Senior Advocate of Nigeria (and all other privileges attached to the rank) in accordance with the provisions of paragraph 25 (2) of the legal Practioners’ Privileges committee guidelines.

“This is sequence to his conviction by the Lagos State High Court of justice for perversion of justice in charge No. LD/2516C/2016-FRN V. Dr. Joseph Nwobike SAN and pending the investigation of the sub committee set up by the chairman of the Legal Practitioner’s Privileges Committee, the Right Honourable Chief Justice of Nigeria, Justice Walter Samuel Nkanu Onnoghen. “

The EFCC prosecuted the lawyer in 2015 for habitually offering bribes to judges sitting on his cases.

Among the judges indicted is Judtice Rita Ofili-Ajumogobia.