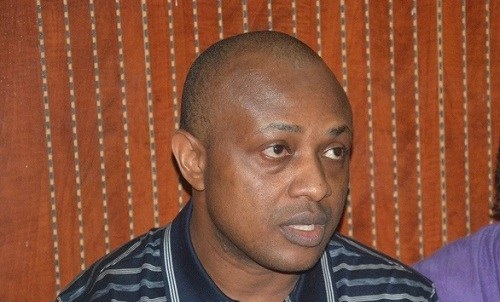 Share this on WhatsApp
Spread the love
A federal high court in Lagos has ordered the Nigeria police to release Okwuchukwu Obiechina, and pay him N2 million in damages.
Presiding Justice Mohammed Idris on Monday ordered the force to apologise to the man—a brother-in-law to billionaire kidnapper Chukwudumeme Onwuamadike aka Evans—in two national newspapers.
The judge said the police could charge Obiechina to court if they have any case against him.
The judgment in favor of a fundamental human rights lawsuit filed by Evans’s lawyer, Olukoya Ogungbeje, challenging the unlawful detention of Obienchina by the police.
According to the justice, Obiechina’s arrest and detention was unconstitutional, adding that the remand order which the police claimed to have obtained from a magistrates’ court was invalid.
Okoliagu Abunike, who deposed a 15-paragraph affidavit in support of the ex parte application, said Obiechina was arrested by a team of policemen led by two officers.
Abunike argued that Mr. Obiechina was arrested and detained solely because of his relationship with Evans, adding that the police officers had been bragging that no court would order the release of Obiechina.
“Since June 26, 2017, the first applicant is still being detained at the detention cell of the police till date, even beyond the constitutionally allowed time,” Abunike said.
ALSO SEE: Evans makes U-Turn in court, pleads ‘not guilty’
He added that the detainee has not committed any offense known to law to warrant his being arrested and detained by the operatives of the respondents.
“The applicant has not committed any offense known to the law that will warrant the infringement of his right to life, personal liberty, fair hearing, freedom of movement and dignity of human person,” he said.
Share this on WhatsApp
Related Topics:Billionaire kidnapperChukwudumeme Onwuamadike aka EvansdamagesFederal High Courthuman rights lawsuit
Up Next