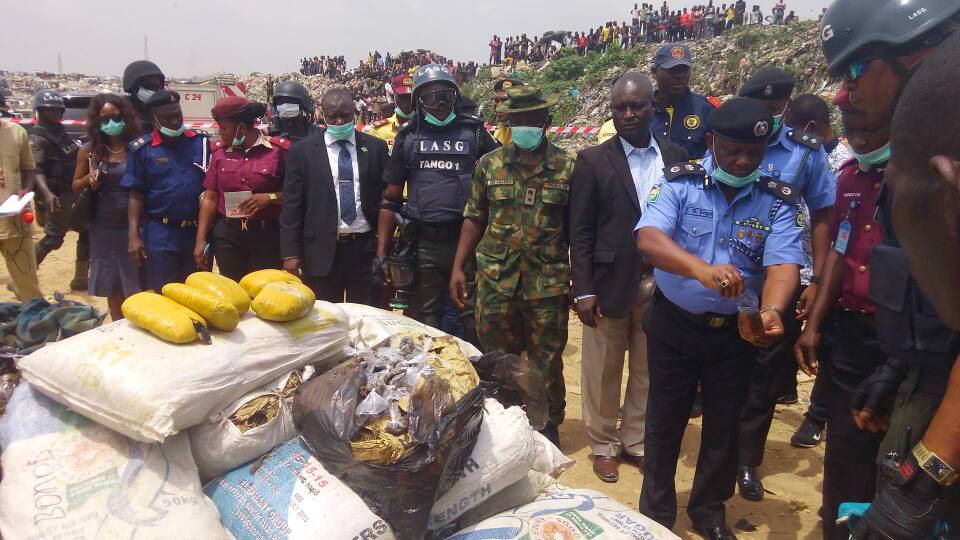 Share this on WhatsApp
Spread the love
By OKOSUN DENNIS
As the Operation Crocodile Smile 11 conducted by 81 Division, with its affiliated formations, enters its crucial stage, Nigerian Army said on Wednesday that it has made significant arrest of criminals, drug peddlers, impounding several cars and other contrabands at different places.
The Deputy Director, Army Public Relations, Lt Col Olaolu Daudu disclosed that in its quest to reach out to the local populace where the exercise is taking place, the free medical services across the Sectors in Lagos and Ogun states have achieved huge success.
He explained that the exercise has continued to thwart criminal intents and activities and have arrested oil bunkers, armed robbers, kidnapers, smugglers, drug peddlers and other criminal elements.
National Daily gathered that the collaborative patrols, clearance and raids with relevant security and paramilitary agencies swooped on identified hotspots, denying criminals freedom of action and movements.

Adumbrating on its operational reports of the exercise in a statement, Lt Col Daudu noted that on the 17th October 2017, about 2.05 pm, a notorious drug dealer, identified as Mr. Ahmed Sadiq a.k.a Bambi, was a known kingpin of robbers at Maroko.
The suspect was neutralised by troops of Sector 1 on Exercise CROCODILE SMILE II when they stormed his hideouts to conduct a raid.
Army further explained that that while trying to penetrate into his den, the criminal shot at the soldiers. During a gun duel, Ahmed was shot but later died as a result of gunshot wound while nine other suspects were apprehended.
Items said to have recovered from the criminals included a locally made shot gun, five exiplon expectorant liquid, five tramadol hydrochloride tabs, four kukubima powder, three passion energy drink, two extra joss powder, some wraps of marijuana (Indian hemp), one live cartridge, one empty case of cartridge and five litres of unknown liquid substances.
While debunking some media reports that Ahmed was innocent but a law abiding apprentice, authority of the 81 Division, Nigerian Army said that “the alleged killing of an apprentice by soldiers as reported in the media was not true saying Ahmed was an armed robber that shot at the troops in an attempt to escape arrest.”
ALSO SEE: CP Kokumo resumes as Edo Commissioner of Police
Daudu also stated that in a related development, a raid and clearance operations carried out on 17 October 2017, by troops of Sector 4 in conjunction with personnel of Department of State Security (DSS) at Oshodi and Isolo general areas, led to the arrest of five hoodlums who were processed and handed over to the Lagos State Task Force, Oshodi for further investigation.
Also, National Daily gathered that one Mr. Emmanuel, a shop bugler break shops in his environs was apprehended by personnel under Sector 5 about 5am while breaking a shop at Ibafo central mall. Found on him a mobile phone suspected to have been stolen. 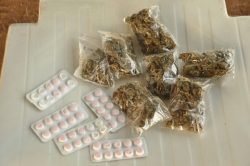 The army reiterated that following several seizures of illicit drugs as Operation Crocodile Smile 11 enters its crucial stage, the Commander Sector 4, along with the Lagos State Commissioner of Police, Mr. Imohimi Edgal and other security agencies; participated in the destruction of seized illicit and narcotic drugs at Olushosun dump site whose market value of about N50 million.
Part of the statement read, “On 18 October 2017, about 5.25 pm, troops of Sector 7 in conjunction with Nigerian Customs Service personnel carried out an anti-smuggling raid operations on suspected smugglers’ location at Idiroko- Ipokia area.
“Contrabands of 21 bags of rice were seized and handed over to the Nigerian Customs Service for further action.  Similarly, troops of Sector 5 in conjunction with Nigerian Customs Service personnel conducted an anti-smuggling raid operation at Gberefu Island led to the seizure of hundreds of bags of rice and cartons of frozen turkey seized from suspected smugglers.
“Also, troops of Sector 5 while on patrol at Ibafo central park arrested one Abdulazeez Akim a suspected Indian hemp dealer. Investigation revealed that the suspect has been hobnobbing with hoodlums in Ibafo town as he was caught with substances suspected to be Indian hemp.
Troops of Sector 8, along Mikky bus stop rescued a suspected thief from being mobbed by irate crowd.
It was revealed that the suspect was alleged to have stolen food items and was swooped at and about to be killed before the army personnel rescued and handed him over to personnel of SARS Ogijo Division.
As several arrest of different criminals have been made, working a tip off, it was learnt that troops of Sub Sector 1 at Gbaji in conjunction with men of National Drug Law Enforcement Agency (NDLEA) raided Sango-Seme area and apprehended five drug peddlers while substances suspected to be Cocaine and Indian hemp recovered from them.
As other paramilitary agencies are lending their support at ensuring a seamless military operation, troops of Sector 3 in conjunction with Federal Road Safety Commission (FRSC), DSS and Nigeria Security and Civil Defence Corps (NSCDC) along Benson bus stop, Agric junction and Ikorodu roundabout, targeted and cleared criminal hideouts, miscreants, pickpockets and traffic control obstructions.
ALSO SEE: Operation Crocodile Smile 11: Army bust pipeline vandals, cultists, other criminal gangs
National Daily learnt that at the end of the operation, 42 motorcycles and three vehicles were arrested and handed over to FRSC Ikorodu command for further investigation and prosecution.
Lt Col Daudu, spokesperson for 81 Division further disclosed that “troops of Sector 2 arrested an impostor identified as Mr. Paul Ishaya at Alaba-Rago while parading himself as a soldier. 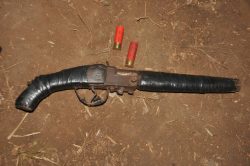 Recovered from the impersonator were one NASMP Identity Card, one voter’s card, military face cap and complimentary cards.
Daudu added that the suspect was currently being investigated while necessary preparations were on to hand him over to the police as soon as investigation is completed.
“At Mile 12 and Ojota areas, 19 suspected hoodlums were arrested and handed over to Lagos State Special Task Force, in Oshodi.
In addition, “troops of 9 Brigade Garrison raided Onigbongbo at Ikeja and grabbed four suspected hoodlums” reiterating that personnel of NCS at Ajilete on anti-smuggling about 8.30 am chased suspected smugglers in Ajilete village leading to the recovery of a fairly used car.
In the process, it was learnt, a motorcyclist was hit by a stray bullet and dead while the corpse of the victim was handed over to Owode Divisional Police Command.
ALSO SEE: Army arrest 106 criminals, recover several arms during Operation EGWU EKE II
Operation Crocodile Smile 11 which began in Lagos and Ogun states respectively on the 7th October, 2017 has had robust participation by paramilitary organisations that have been providing some intelligence on some hotspots by criminals. 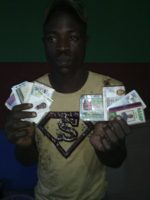 The impostor arrested by troops at Alaba general area

As a result, troops of Sector 5 in conjunction with NDLEA carried out a raid operation at
Badagry Fiber market and Marina area and apprehended 12 suspected drug peddlers with substances suspected to be Indian hemp were recovered and handed over to personnel of NDLEA.
Lt Col Daudu further reiterated that the General Officer Commanding (GOC) 81 Division Nigerian Army, Major General Peter Dauke commended the cooperation and understanding shown by people of Lagos, Ogun States and the Media for their support.
However, he noted that Operation CRCOCDILE SMILE II would continue to operate within the Code of Conducts and Rules of Engagement but called on members of the public to continue to remain law abiding urging them to give credible information that would lead to the arrest and decimation of criminals that have made life unbearable for citizens.
National Daily gathered that all the arrested suspects were profiled and handed over with exhibits the Nigerian Police at Maroko Divisional Police Station and Nigerian Police Ibafo for further investigation.
Share this on WhatsApp
Related Topics:contrabandscriminalsdrug peddlersNational Drug Law Enforcement Agency (NDLEA)Nigerian ArmyNugeria Police ForceOperation Crocodile Smile 11
Up Next