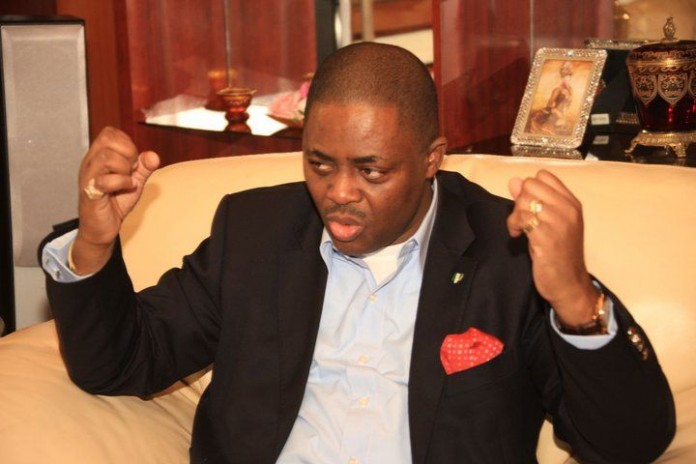 Chief Fani Kayode was on Monday handed a N250m conditional bail by a Federal High Court in Lagos.

As a condition to regaining their freedom, the judge ordered that each of the defendants must provide two sureties who must own landed properties within the court’s jurisdiction, as well as deposit their travel passports with the court.

In addition, the sureties must deposit their Title Documents with the Chief Registrar of the court subject to verification by the EFCC within seven days. The Economic and Financial Crimes Commission had last Tuesday arraigned Mr. Fani-Kayode, former Minister Nenadi Usman alongside Danjuma Yusuf and Jointrust Dimensions Nigeria Limited before Justice Hassan on a 17-count charge bordering on conspiracy, stealing, corruption and making cash payments exceeding the amount authorized by law.

The accused persons are being accused of diverting about N4.9 billion belonging to the Federal Government of Nigeria for political and personal uses.

Though they pleaded not guilty to the charges, the judge adjourned the case till October 19, 20, and 21, for trial.

But the prosecuting counsel, Rotimi Oyedepo, said he needed time to respond to the applications.

Justice Hassan consequently adjourned proceedings to July 1 for hearing of the bail applications.