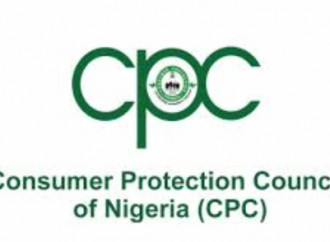 Share this on WhatsApp
Spread the love
By Chioma Obinagwam
The Consumer Protection Council (CPC) on Tuesday   made   public   the   outcome of   its investigation into possible safety issues in Fanta, Sprite and other select soft drinks, strongly canvassing for regulatory review and actions for safer soft drinks in Nigeria.
The Council’s investigation came on the heels of public outcry and consumers’ apprehension following the  action  at   the   Lagos   State   High Court in Suit between Fijabi Adebo HoldingsLimited, Dr Emmanuel Fijabi  Adebo and  Nigerian Bottling Company Ltd, and the National Agency for Food and Drug Administration and Control (NAFDAC), which alleged that Fanta Orange and Sprite may have the potentials to be hazardous due to its incompatibility with the Benzoic Acid Standards in the United Kingdom(UK).
The   Council’s   Director   General,   Mrs.   Dupe  Atoki,   who   made   public   the   outcome   of   the investigation at a media briefing at the organisation’s headquarters in Abuja, asserted that the levels of two additives, Benzoic Acid and Sunset Yellow, which raised public apprehension in the consumption of soft drinks because of the action at the Lagos High Court have been confirmed through laboratory analysis to be within the Nigerian Industrial Standards (NIS) limits.
Mrs. Atoki said though the additives were within the NIS limits, issues of the significantly low and inconsistencies in the levels of the Benzoic Acid in the samples of Fanta Orange, Sprite, Mirinda, a product of the 7UP Bottling Company and Lucozade formerly manufactured by theGlaxo Smithkline tested during the course of the investigation, have thrown up the need forfurther investigative analysis and action.
ALSO SEE: Nigeria sinks deeper in debt, gets $13.63bn IDA, IBRD facilities
The  Director General, who disclosed that NAFDAC and SON  have been  informed about the outcome of the investigation, stated that the Council has also recommended regulatory action and review of the  “Benzoic Acid limits in soft drinks as the current standard, which has been in existence   since   2008   is   overdue   for   review,” particularly   with   the   requirement   for   reviews pegged for every five years. Also in  the light of the high level of  Benzoic  Acid found in  isolated cases of   Mirinda  and Lucozade tested, she said the Council has called for further regulatory investigative analysis, action and review in the levels of the additive in the products.
On Sunset Yellow, she pointed out that the Council has also recommended “regulatory action for a review of the standard as some countries have reduced the approved limit, some have labeling requirements for its use, while some others have adopted its outright ban.”
The Director General disclosed that CPC, in commencing its investigation, obtained from the open market in eight locations within the six geopolitical zones of Nigeria, 65 samples of softdrinks, made up of Fanta, Orange, Sprite, Mirinda and Lucozade and that these samples were sent to Sheda Science and Technology Complex (SHESTCO), a laboratory under the Federal Ministry of Science and Technology, for the analysis of the levels of Benzoic Acid and Sunset Yellow in the products.
According to her, the approved NIS limit for Benzoic Acid is 250mg/Kg when combined withAscorbic Acid, also known as Vitamin C and 300mg/Kg without Ascorbic Acid, while that of “Sunset Yellow as specified by Codex Alimentarius Commission and NAFDAC is 100mg/Kg,which is similar to standards in China, South Africa and Middle East”.
She pointed out that the results of the tests, which were done by SHESTCO revealed, “Benzoic Acid   levels   in   Fanta,  Orange   as   ranging   from   5.09mg/L  –   197.0mg/L;   Sprite   2.82mg/L   –239.0mg/L; Mirinda, a product of 7UP Bottling Company 0.56mg/L – 330.9mg/L; and Lucozadeformerly produced by Glaxo SmithKline 2.26mg/L – 323.53mg/L.”
The CPC boss further disclosed that the laboratory results also revealed that the, “levels of SunsetYellow in thirty-two samples of   Fanta Orange products were within the range of 23.1mg/L-35.5mg/L,   while   those   of   Mirinda   ranged   between  26.1mg/L  and   34.0mg/L  and   those   of Lucozade ranged from 22.7mg/L –30.0mg/L.”She pointed out that the Council also found that Benzoic Acid levels in some of the sampled softdrinks which were obtained from the open market, recorded extremely low levels of 0.56mg/L to2.26mg/L and that the results also showed isolated cases of Mirinda and Lucozade with BenzoicAcid levels of 330.9mg/L and 323.53mg/L respectively, which are above the NIS limit.
Further  review   of  the   test  results of the products   sampled,  she said  indicated that levels of Benzoic Acid in samples from the Northern zones were lower than those of the Southern zonesshowing as low as 2.26mg/L in the north and 5.09mg/L in the south.
She pointed out that CPC also engaged in extensive research as well as carried out a comparative analysis of countries with temperate and tropical climatic conditions on the approved level of Benzoic Acid in their soft drinks.
According to her, “it was found that contrary to the claims that climatic conditions is a factor for the present limit of Benzoic Acid in soft drinks in Nigeria, four tropical countries namely Ghana, Pakistan, India and Malaysia with climates similar to Nigeria’s have lower approved limits for Benzoic Acid ranging from 100mg/kg to 150mg/kg as opposed to the NIS’ limit of 250mg/kg forNigeria.
Share this on WhatsApp