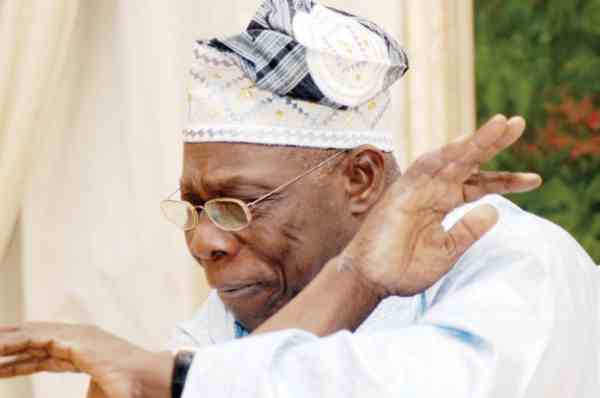 As moves by opposition parties and movements to defeat President Muhammadu Buhari and the APC in 2019 heat up, the manner of coordination of the efforts is wasting time, and frustration is beginning to set in.

This has resulted in slow alignment amongst the groups involved: the Coalition for Nigeria Movement founded by former President Olusegun Obasanjo, the Nigeria Intervention Movement co-founded by Olisa Agbakoba and Tahir Tafawa Balewa, and lately, the Coalition for New Nigeria led by Yunusa Tanko.

Obasanjo reportedly took certain decisions recently because he could not wait any longer for the NIM leadership and others with whom he had been talking since March.

“We have just nine months to the elections and the other groups, especially the NIM, were being slow about it. So, Obasanjo felt time was running out,” a source close to Obasanjo was quoted as saying in the Punch.

An impatient Obasanjo had to unilaterally adopt the ADC last week as the CNM’s party of choice.

The problem with this is that the NIM and others, including those lesser parties, might also have their different parties and candidates.

Again, for political observers of the run-up to the 2019 election, why the Agbakoba-led coalition delayed was understandable.

Many opinion leaders have warned that the new-generation politicians massing up to uptutn Buhari should beware of Obasanjo who, as a member of the old guard that brought the neation to this sorry pass, has also refused to leave the public space.

“Prowling around you already are those recurrent interlopers whose sole aim is to hijack your efforts or infilterate your rank with their stooges,” Soyinka warned the NIM in his speech read by the movement’s DG Wale Okunniyi at its March national summit in Abuja.

And the group might actually be heeding the warning by biding its time in finetuning its alliance with the Obasanjo group.

Likewise the other coalitions and political parties who had been initially excited about the mega opposition.

The SDP, for instance, has given a cold shoulder to the possibility of working with Obasanjo on the project. That was why the party, tipped to be CNM’s choice initially, was discarded.
The SDP chairman Ou Falae is now shopping for another coalition.

The SDP was expected to hold talks with the NIM next week as well, according to a statement by the coalition in Saturday.

The NIM which now appears a counterwieght to the Obasanjo group as other parties also flock to its stable.

“The NIM Coalition team has just ended a marathon coalition talks separately and jointly in Abuja at various locations with the Labour Party, United Progressive Party, Alliance for New Nigeria, Action Democratic Party, and Action Alliance in a process of setting up a national grand electoral alliance for 2019,” the group announced.

Also holding alliance talks with the NIM is the CNN —a new group comprising 35 political parties.

At the party level, more talks are also coming up this week between the SDP, PDP, and CNM’s back ADP.

The sheer number of parties and coalitions involved in the grand political revolt can be worrisome looking at the role individual interests will play in the talk.

Each party apparently is free to hold onto its own candidate since it’s an alliance–not a merger.

And a party like the SDP, which has never won any election, is hoping to make a statement too in its alliance with the PDP.

“In 2015, the SDP adopted the PDP candidate as its own presidential candidate; so, we already have a working relationship,” said Alfa Mohammed, SDP’s publicity secretary.

“They may even support our own presidential candidate as a way of returning the favour.”
But the ruling party has said it is not afraid of any alliance against its government.

Fayemi would suffer a worse defeat in July 14 election – Fayose