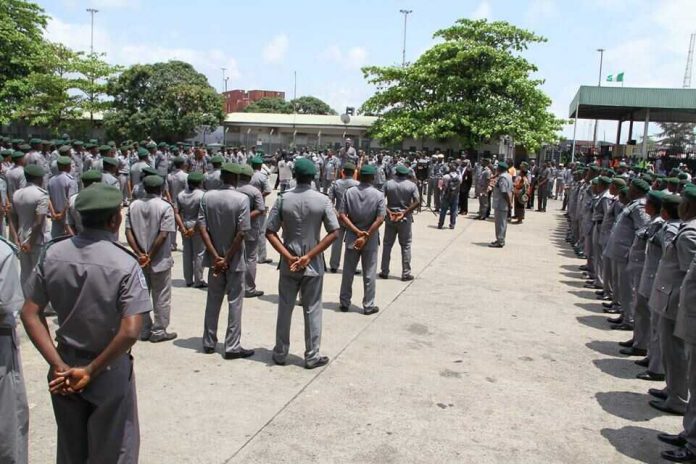 The Nigeria Customs Service on routine patrol at the Benin Republic border intercepted contraband cargoes which contained parcels of marijuana herb being ferried by smugglers across the border.

The Seme Command of the Nigeria Customs Service (NSC) highlighted that the contraband goods confiscated were about 1,700 parcels of cannabis sativa concealed with a dead human body along Nigeria, Seme border.

The Command stated that the goods seized worth a total value of about N3 billion.

It was noted that efforts by Nigeria and Benin Republic to harmonise trade relations towards promoting licit trade in the sub-region, are being frustrated by illicit traders who have been desperate in smuggling prohibited products across the border.

It was narrated that smugglers maneuver the borders to cross over 8,000 bags of 50kg foreign parboiled rice, an equivalent of 14 trucks and about 1,700 parcels of cannabis sativa valued at N30 million, which were, however, intercepted by the  Seme Customs Command.

About 2,000 cartons of expired biscuits, food seasoning products, textiles, vegetable oil and different brands of vehicles were said to be among the contraband products smuggled across the Nigeria, Seme borders.

The Nigeria Customs were said to be at alert at all time to forestall freewill smuggling of prohibited products across the borders with neighbouring countries, including those countries up north – Niger, Chad, etc.