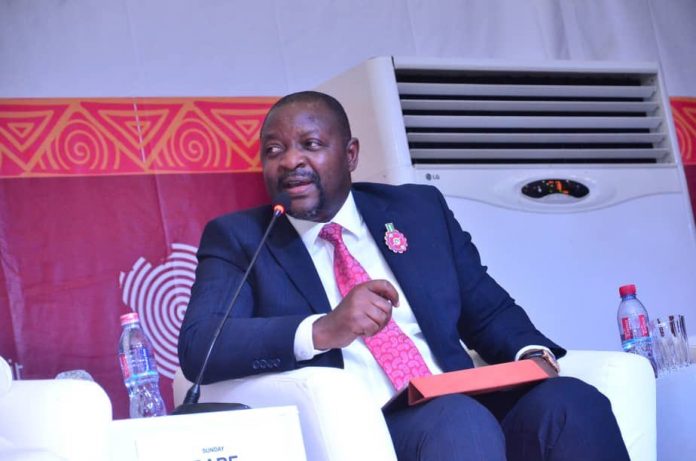 Youth and Sports Development Minister Mr Sunday Dare has commended the International Olympic Committee for postponing the Tokyo 2020 Olympics due to the covid-19 pandemic,National Daily learnt.

According to  Dare “The IOC must be commended for postponing the Olympics in the best interest of the whole world. This is in response to the general calls across the globe to have it moved to a time when the virus would have abated.

“As much as we were all looking up to the event, the safety and well being of the athletes, officials and fans alike is of paramount importance. We canot afford to toy with the lives of millions of people around the world. At a time like this, this is the best way to go.”

Dare affirmed that the IOC cannot stand alone and that it had taken the decision in the overall best interest of safety of all Olympic families.

“This decision is an attestation of the fact that the IOC is sensitive and puts  premium on the safety of people. This would douse any fear or tension about going against the the general consensus which clamoured for a shift in date. We believe that once the pandemic is over, the world can come together in unity to celebrate sports biggest fiesta.”

Following calls for the postponement of the games, Japanese Prime Minister Shinzo Abey and IOC President Thomas Bach said at a joint press conference that the decision to move the games to a later date was in the best interest of the whole world until the situation returns to normal. They resolved that the event would remain in Japan and retain the name Tokyo 2020.

The United States, Canada and other Super powers had called on the IOC to move the event following the spread of the Covid-19.
The Tokyo 2020 Olympics was earlier billed to begin in July and run through August.