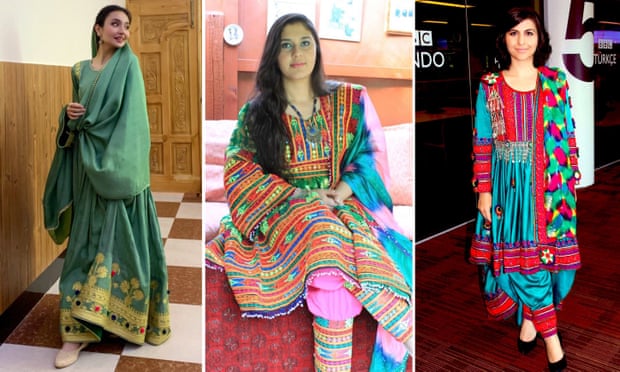 After street demonstrations across major cities in Afghanistan, women have now taken to social media to protest against the Taliban’s hardline policies towards them.

An online campaign has seen Afghan women around the world share photos of themselves wearing traditional colourful clothes, using the hashtag #DoNotTouchMyClothes.

The protest is a response to a sit-down demonstration orchestrated by the Taliban at Kabul University, where about 300 women appeared in all-black garments covering their faces, hands and feet – the sort of dress previously never seen across the country.

Waving Taliban flags, the women said they supported the militants who have announced that women would not be allowed to hold high-ranking government positions and that schools and universities needed to be gender-segregated.

Since the Taliban took the capital Kabul, it has set up an all-male interim government with just a handful of Tajik and Uzbek representatives and no member of the ethnic Hazara minority.

The ministry of women’s affairs is not part of the new regime, which has brought back the ministry for the propagation of virtue and the prevention of vice, ensuring that sharia law is implemented throughout the country.

Many Afghan women, especially in urban centres, fear that their hard-gained freedoms might be limited, remembering the 1996 to 2001 Taliban regime that saw women largely confined to their homes.

Dr Bahar Jalali, an Afghan historian and gender studies expert, posted the first photo using the #DoNotTouchMyClothes hashtag, which has since inspired Afghan women across the globe.

Peymana Assad, the first person of Afghan origin to be elected to public office in the UK, posted a photo of herself in colourful garments and tweeted: “This is Afghan culture. My traditional dress.”