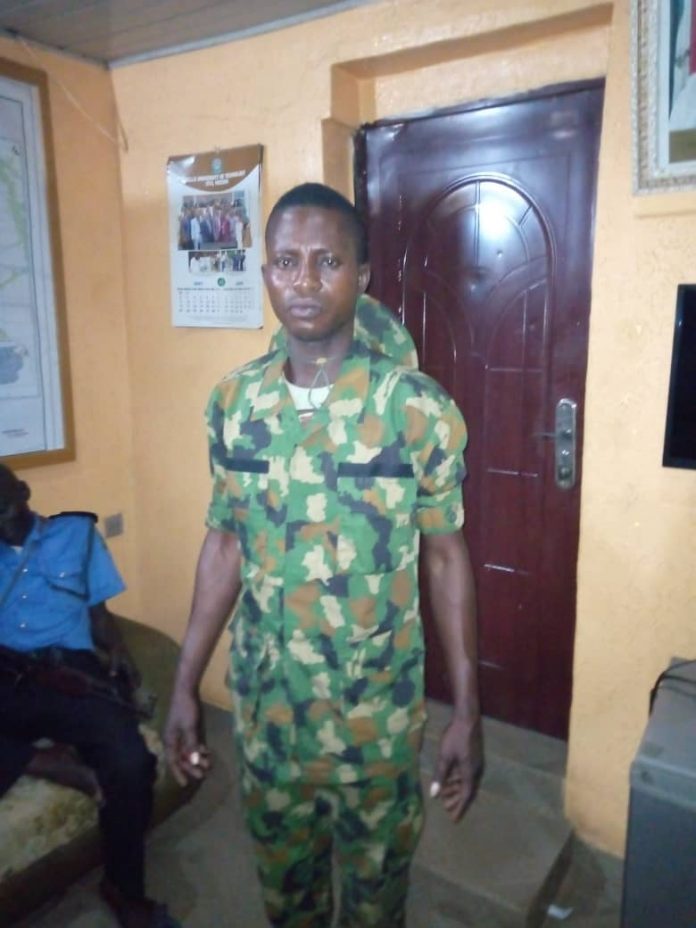 Segun Ogundeji was some kind of soldier, fully kitted, when he hoofed it into the office of DPO Godwin Idehai, Sango, Ogun.

He came bubbling with esprit de corps to negotiate the release of a suspect, and, somehow, he met another military officer, one Air Force Capt. John Temitope.

Ogundeji was good at what he did—camouflaging. But he was such a hopeless grunt that didn’t know to salute a captain. Temitope had to demand his compliment.

But Ogundeji resisted, and the argument eventually brought in Odehai to make peace between the two he-men.

It was during interrogation that Ogundeji goofed well enough, giving himself away as unprofessional.

Further digging revealed he was even a criminal—an ex-convict once jailed for the same offence: impersonating.

The state CP Edward Awolowo Ajogun has ordered a full investigation into the past activities of the poseur.