The Group also praised El-rufai for calling out Buhari for not supporting north-west Governors in the fight against Banditry, Kidnapping and insurgency.

Recall that the Governor spoke on Channels Television recently, saying that the President has not done enough to support the north-west Governors in the fight to end insecurity.

El-rufai will also be the second ruling party Governor in the APC to criticize the President on his slow motion attitude towards insecurity, the Group said.

“The Katsina State Governor, Mr. Bello Masari, has also lamented that the home town of the President has been taking over by bandits who has now found a new way of making money through kidnapping”.

However, expressing satisfaction over the comments of the Kaduna State Governor, Group under the aegis of the Middle-Belt Forum, said that El-rufai and his counterpart in Katsina are now students of Governor Ortom, who have been consistently crying out over the poor state of handling insecurity in Benue State and the country at large.

Spokesman for the Group, Mr. Godwin Gang said not only that Ortom should be celebrated but also called on Nigerians to salute the Benue Governor for piloting the Anti-open grazing law.

Gang who spoke to our correspondent at the weekend, also lauded the Lagos State House of Assembly, for passing the Anti-open grazing bill as well as the State Value Added Tax, VAT Bill which is been awaited the Governor Babajide Sanwo-Olu signature.

According to him: “Rivers and Lagos States have taken the right steps to address federal government injustice in the sharing formula of the revenue generated by States.

“How can Kano state, jigawa, Zamfara, Sokoto and other northern States banned alcohol and still shared from revenue accrued from sale of alcohol? If other States too ban sales of alcohol will there be money from that sector to share?.

“I urge all middle-belt States, Southeast, Southwest and South-South States to joined Rivers and Lagos States to address the injustice of Buhari’s government on the sharing formula of revenue”, Gang said.

Our correspondent reports that the Lagos State House of Assembly last Thursday passed the State’s Value Added Tax, VAT, Bill to transmit a clean copy to the Governor for assent onto law.

The House has also passed the bill that prohibits open cattle grazing in the state. 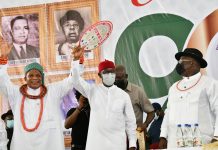 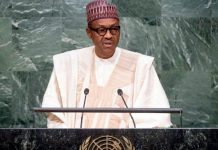 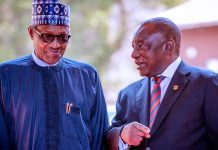