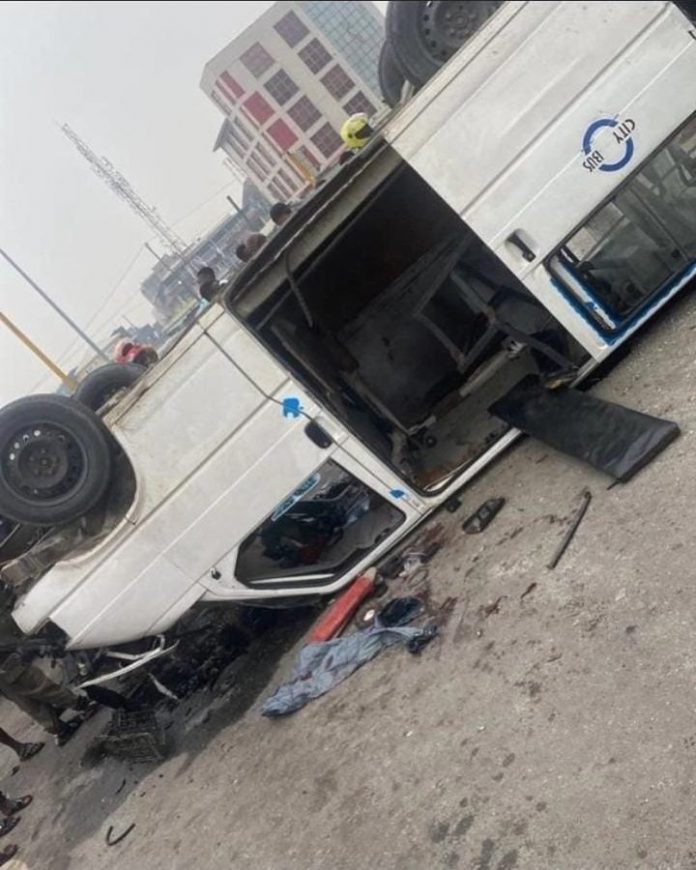 A driver of a fully boarded passenger bus trying to run a traffic light along the Lekki-Ajah expressway ended up in a collision with Toyota Highlander, leading to at least one death.

Ogungbemigbe explained that the impact of the accident made the commercial bus somersault.

“Unfortunately, the bus driver died, while several passengers were injured and taken to a hospital.

“The victims were already rescued by the Lekki Concession Company before the arrival of men of the FRSC.”