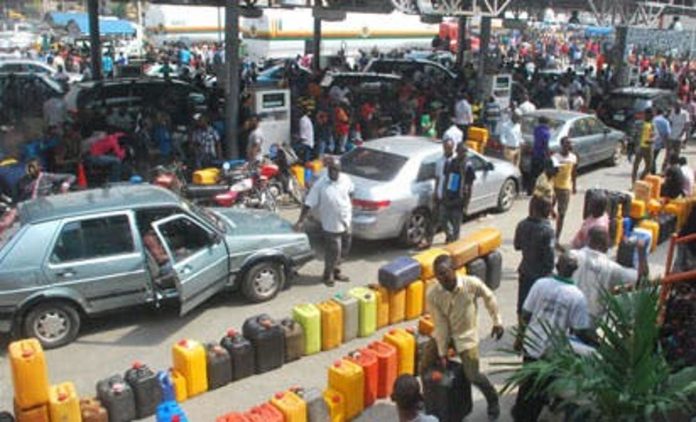 Mr Muhammad Saleh-Hassan, Chairman, Skymark Energy and Power Ltd, has urged oil marketers and other stakeholders in the energy sector, to cooperate with the Federal Government and end fuel scarcity in Nigeria.

The energy stakeholder, who made the call in Abuja on Sunday, stressed that oil marketers had a major role to play in ending recurring fuel scarcity in the country.

Saleh-Hassan noted that the energy crisis appeared to have defied government’s efforts, and urged oil marketers to be patriotic and support government by shunning sharp practices and putting the people’s interests above high profit-making targets.

”In this circumstance that we have found ourselves, the marketers and other stakeholders should be patriotic by supporting government in the interest of the masses.

“A critical situation like this is not a time that we should be thinking of our personal interests and gains. We should also think of the interests of the nation and the people.

“This is because you rely on the people to do your business. So, they too need your support to be able to afford the services you are rendering to them.

“You also rely on government for regulations to also do your business. That is why you should also support government.

Saleh-Hassan said it was morally wrong for oil markers, as critical stakeholders in the oil and gas sector, to be unpatriotic by aiding and abetting energy crisis through sharp practices which caused fuel scarcity,

“You are not supposed to take advantage of the situation by insisting that you want to add transport cost, or make more money by hoarding your products, sending it to the black market or diverting it to other destinations, where you think that you can make more gains.

Commenting on media reports that, in spite of the N4 trillion fuel subsidy made available by government, yet there were empty fuel depots, persistent fuel scarcity and unstable prices, he stressed that fuel subsidy had not failed.

According to the  Skymark Energy and Power Ltd boss, sharp practices in the industry is responsible for sabotaging the integrity of subsidy.

He said that it was patriotism, and not fuel subsidy removal, that would solve the fuel scarcity problem, adding that removing subsidy would hit the economy badly.

“If you remove subsidy it will hit the economy and aggravate the ailing economy and the masses will suffer seriously. There will be severe problems in the economic sector of the country. In fact, it would worsen the current inflation. Essential commodities in particular would not be affordable.

“President Buhari’s decision not to remove fuel subsidy is a kind and commendable gesture to the masses. As a leader I think he is in the right direction. If patriotism is applied, you can be sure that the subsidy will work.

Responding to a question on why fuel depots were empty, in spite of the subsisting subsidy, he said, “the claim in the media circle that depots are empty is not true. Depots are not empty. If depots are empty, where are the independent marketers getting the product they are giving to the black marketers?

“After all, if NNPC imports the products, it gives it directly to the marketers to sell to people at stations at N165 per litre. Is a black marketer an independent marketer? Where do they get the fuel that they sell to people in gallons?

Saleh-Hassan said that it was necessary for government to take more proactive measures to decisively address the fuel scarcity situation.

“The law has to work. We have to go back to the military era when petroleum products used to be escorted by security operatives from depots to the expected destinations to stop independent marketers from diverting them.

“At the point of discharging and distribution, all  the trailers should be escorted by security agents to ensure that the products are delivered appropriately to the fuel stations.

“The police clamp down on fuel hawkers who were selling fuel in jerrycans in some parts of Abuja recently was a good move and I commend the IGP for that. This should continue until we see the end of the fuel crisis,” he said.

Saleh-Hassan also called on Nigerians to be patient, adding that the crisis would soon be over as it was not peculiar to Nigeria,saying, “efforts are already being made by the Federal Government to reposition the oil sector.”

He said, “The ongoing Russia-Ukraine war has triggered economic woes across the globe and this is already trickling down on the energy sector in different countries in the world and Nigeria is no exception.

“Globally, refineries are not working. Even in America. About two, three weeks ago, there was fuel scarcity in London.

“Prices of refined products in the UK and U.S. are not stable. In the U.S.,a gallon of fuel s almost hitting eight dollars. In the UK, to fill a car tank now is about 100 pounds.

“But in Nigeria, the official price is still N165 per litre. So, Mele Kyari, the NNPC GMD, is doing very well and should be commended,” he said.