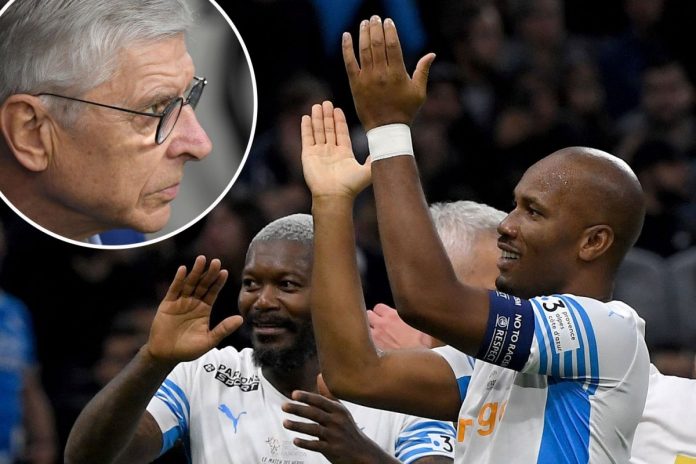 Chelsea legend Didier Drogba on Wednesday night, banged in a hat-trick against UNICEF XI team in a charity match.

UNICEF XI was led by Arsene Wenger against Marseille Legends.

Wenger’s side moved into a 2-1 lead at the Stade Velodrome in his first half.

However, Drogba changed the tempo of the match with the three goals coming in succession.