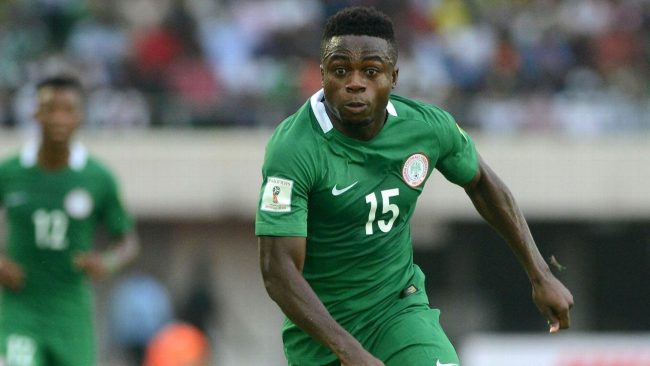 Moses Simon insists the Super Eagles are not under pressure ahead of the Africa Cup of Nations despite Monday’s 1-0 loss to Senegal in their final pre-AFCON friendly game played on the football pitch of the Mercure Hotel in Ismaïlia.

The three-time African champions failed to score for the second game in a row and that has cast doubt on the team’s strike force that comprises of Odion Ighalo, Paul Onuachu, Victor Osimhen, Henry Onyekuru and Ahmed Musa ahead of the tournament.

Simon, who came on for Alex Iwobi in the encounter, admits they must up their game when the tournament starts.

“It will sound strange but generally here there is no pressure,” Simon told Sports Extra.

“We know the reasons why we failed to score in those games and the mistakes we made.

“I think it’s better to get it right by scoring at the AFCON tournament than friendlies.

“It is such a big challenge for me and I can’t wait for the first game. It’s the same tempo, and I’m sure it will be even harder to win this tournament.

“They are lot of good teams but we won’t panic because we failed to score in those games.

Capped 23 times by Nigeria, Simon has scored five goals since he made his debut for the Eagles.

He is one of the 20 players in Nigeria’s squad making his debut at the AFCON.