Gov. AbdulRahman AbdulRazaq of Kwara has pledged to support the hosting of the upcoming National Youth Games (NYG) scheduled for October in Ilorin.

The National Daily reports that the NYG will hold at the Sports Complex of the University of Ilorin.

He said that the performance of the state athletes at the Edo 2020 was a direct impact on his administration’s investment and commitment to sports and youth development.

Represented by the State Head of Service, Mrs. Susan Oluwole, he said his government has embarked on renovation and construction of facilities, aimed at not only encouraging more participation of youth in sports but to add value to the sector.

He advised the athletes never to rest on their oars, but continue to work hard and be the best they can be in their chosen career.

As a reward for good work from the athletes, the governor announced N250,000 for each gold medalist, N150,000 for silver medalists, and N75,000 for bronze medalists.

A special cash award was also pledged to Eniola Bolaji Mariam for winning a gold medal at the para-badminton championship in Spain.

Representing the Speaker of the Kwara State House of Assembly, Chairman House Committee on Sports, Mr. Ayokunle Awolola, thanked the governor for the great achievement in sports within a short period.

Awolola noted that sport was in comatose before this administration, saying AbdulRazaq’s government has changed the narrative for good with many projects at the stadium speaking volume on his efforts.

The lawmaker assured the governor of the assembly’s support to the athletes and to sports development generally in the state.

The Permanent Secretary, Ministry of Sports and Youth Development, Iyabo Banire, also thanked the governor for recognizing the outstanding performance of the athletes.

Banire said through the governor’s support at the festival, Kwara was ranked the best among North Central states and second in the whole of Northern Nigeria, saying “it has never been so good in the history of the state”.

On his part, the state Director of Sports, Ibrahim Alarape, confessed that the Edo 2020 festival was Kwara’s best in the last five editions.

Alarape said in the last festival in 2018, they got N7 million from the government while N36 million was released this time by the governor for the state’s participation in the multi-sports event.

He however appealed to the state government to consider employing the employable athletes and also increase the subvention of the Kwara State Sports Council.

Alarape commended the athletes for their dedication and commitment, charging them to do more for themselves and the state.

This is against Abuja 2018, where the state came a distant 23rd, having won only one gold, six silver, and five bronze, making a total of 12 medals. 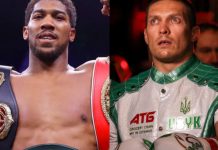 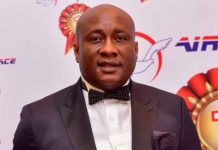