The Peoples Democratic Party (PDP), in Edo State has endorsed the integration of members, new and old, into the various levels of executive committees in the party.

At the stakeholders meeting held on October 2, 2021, party leaders agreed and resolved that those holding positions in the executives cannot be forced out, but were appealed to, to voluntarily resign.

The State Chairman of Peoples Democratic Party (PDP), Dr. Tony Aziegbemi, in a statement disclosed that the party at the state level has setup a high-powered Integration Technical Committee to design a template for the integration program.  He said that the committee report and recommendation will be out as soon as the committee completes its assignment.

According to the State Chairman, “Even though we encourage local solutions to achieve the desired Integration, no local government should arbitrarily implement their template by announcing new executives.

“Once their local template is agreed by all the stakeholders and leaders, it should be sent to the state party secretariat for further action.” 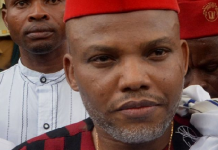