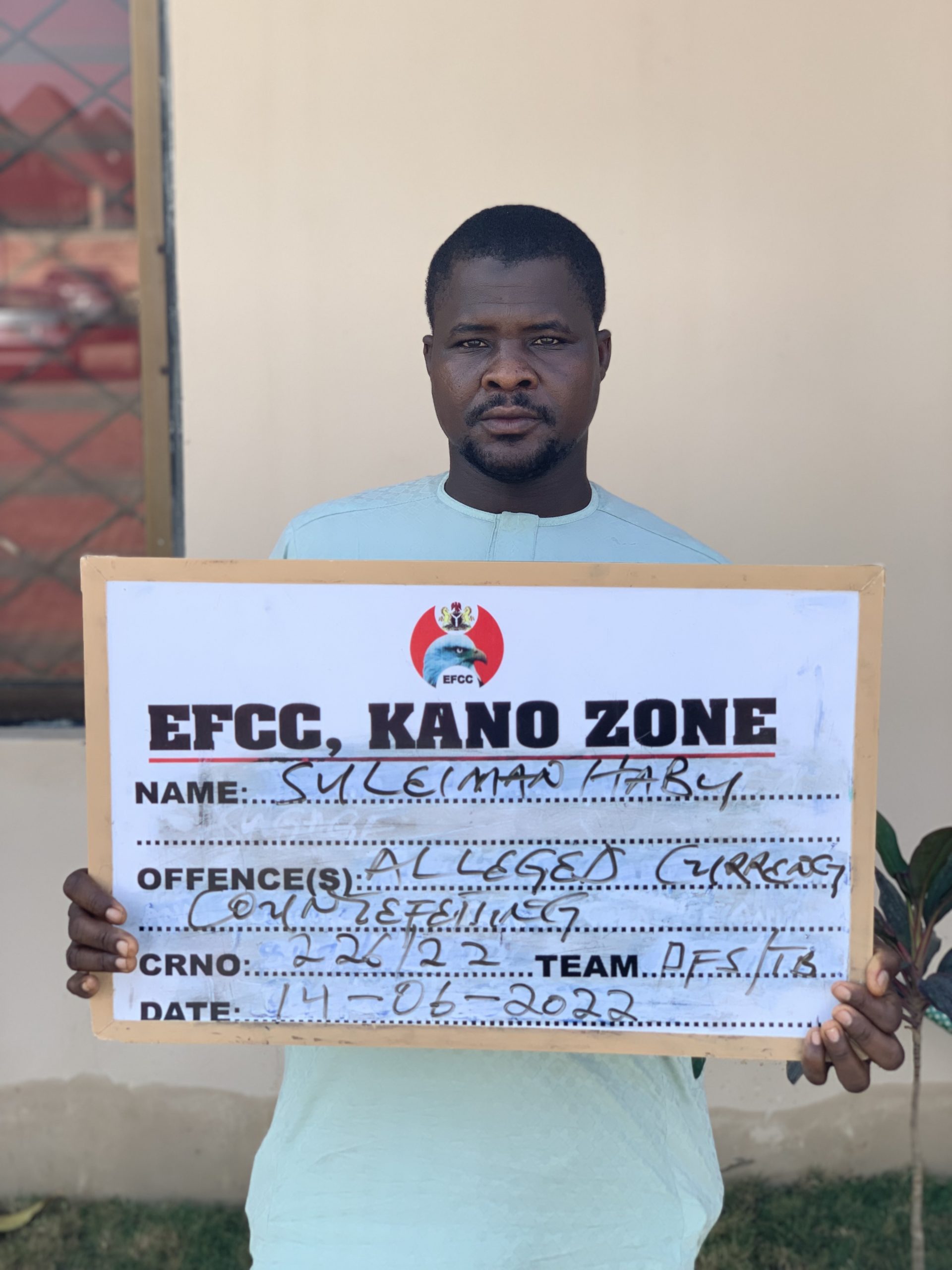 The Economic and Financial Crimes Commission on Wednesday arraigned one Suleiman Habu before Justice J. E. Inyang of the Federal High Court sitting in Kano.

The defendant was arrested following an intelligence report on his alleged dealing in counterfeit currency. Upon his arrest by the Kano Zonal Command of the Commission, Eighty Thousand CFA was recovered from him.

The charge against the defendant read “That you SULEIMAN HABU on or about 11th March, 2022 at Asthon Road, Kano within the jurisdiction of the Federal High Court Kano committed felony to wit, had in your possession without lawful authority 8 (Eight) pieces of counterfeit 10000 BANQUE

CENTRALE DIX MILLE FRANCS CFA- Niger Republic Bill all with serial number 17000273988 A series knowing same to be counterfeit and you thereby committed an offence contrary to Section 5 (1) (b) and punishable under the same Section 5 (1) (b) of the Counterfeit Currency (Special Provision) Act, Cap. 35 Laws of the Federation of Nigeria, 2004.”

The defendant pleaded not guilty after listening to the charge.

In view of his plea, prosecution counsel, Michael Ojo, asked the court for a trial date.

Consequently, Justice Inyang remanded the defendant in EFCC custody and adjourned the matter till June 21, 2022 for commencement of trial.