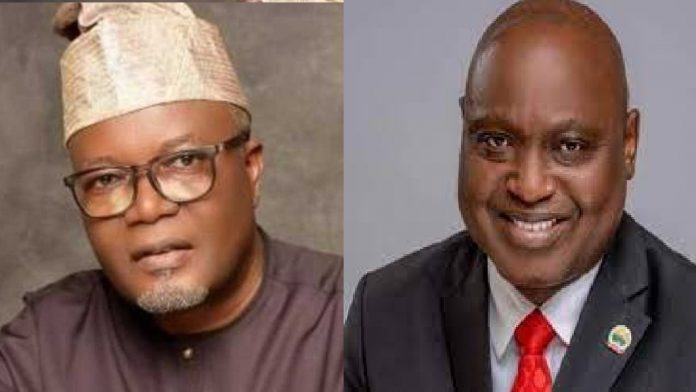 The All Progressives Congress (APC) has nominated Biodun Oyebanji, former Secretary to the Ekiti State Government, at the party’s candidate for the June governorship election in Ekiti State. Biodun Oyebanji will be battling Bisi Kolawole, who was nominated by the Peoples Democratic Party (PDP) at its primary election.

Oyebanji was declared winner of the APC direct primary election with 101,703 votes. However, the APC primary election in Ekiti State was controversial, seven of the eight aspirants had withdrawn from the race in the early hours of Thursday before the commencement of the primary, protesting irregularities and manipulation of the process in favour of the aspirant sponsored by Governor Kayode Fayemi.

There were also protests by APC supporters in Ekiti on Thursday morning, who were agitating that illegal voting was taking place somewhere outside designated polling locations.

In the PDP, Bisi Kolawole was declared winner with a total of 671 votes, while former Governor Segun Oni had 330 votes, beside others.

The governorship election in Ekiti State has always been a fierce battle between the APC and the PDP. The outcome often depends on who on who has access to the federal might. The same is the case with elections in Osun State.

The 2022 governorship election may be different game as the INEC is now adopting technology in administration of election in the country.