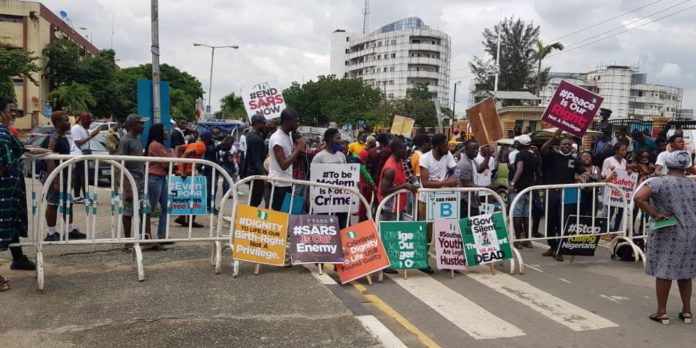 In the wake of the ENDSARS Lekki shooting by state agents June 20, the Lagos government added one more role—of investigating the incident—to the judicial panel it initially set up to look into petitions against disbanded SARS, thereby heightening Lagosians’ expectation for justice.

About seven days on, with the outrage that the weeks-long protests against police brutality triggered, there appear lack of enough petitions and evidence for both mandates of the Justice Doris Okuwobi-led Judicial Panel of Enquiry and Restitution.

“The panel has received not less than 15 petitions relating to the disbanded SARS,” said Okuwobi at the Lagos Court of Arbitration while briefing journalists as public hearing began on Monday.

“The petitions are here without the petitioners around; the panel will start full proceedings on Tuesday (today).”

For the Lekki Toll Gate shooting, the panel is also appealing to the citizens to come forward.

“We are looking forward to memoranda from those affected by the unfortunate incident of the shooting at the Lekki tollgate plaza by the military,’ she said.

“We are relying on civil society orgaisations to assist the panel with credible evidence of the killings at the Lekki tollgate plaza.

“This is to ensure that there will be good evidence to assist the panel make appropriate recommendations in respect of all terms of reference of the panel.”

The call to CSOs will however surprise many. The seriousness with which they ascertained the shooting and killing, which some of them dubbed the Lekki massacre, early on in the incident foreclosed any kind of pussyfooting.

They should have submitted their petitions and evidence.

The Amnesty International, for instance,  had released a report last week, stating with emphasis that 12 people were killed at the toll gate and Alausa, and that 58 protesters have been killed all over Lagos.

“Evidence gathered from eyewitnesses, video footage and hospital reports confirm that between 6:45pm and 9:00pm on Tuesday 20 October, the Nigerian military opened fire on thousands of people who were peacefully calling for good governance and an end to police brutality,” the report released October 21 stated.

The NGO relied on reports by one of the protesters known popularly as DJ Switch who gave accounts on INSTAGRAM–of how she piled up 15 protesters shot dead during the massacre. Another protester, OneSoul, however said he got to the scene and rescued the wounded after a brush with the soldiers.

According to the filmmaker, he took some of the victims in his car thrice to Doren Specialist Hospital and GrandVille Hospital, both at Ajah.

Based on the Amnesty International report, now mostly quoted, the Lekki incident has generated a lot of uproars in Nigeria and abroad.

But the Nigerian government has been silent on the brutality of the incident—the silence which has been officially construed as denying a massacre took place.