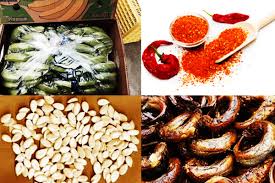 Marz told newsmen in Lagos that there was every possibility for Nigeria to regain her position in food exportation with government’s commitment to bumper food production.

“Nigeria really has to go back to those years when she was heavily exporting food to other countries of the world.

“The Nigerian governments and private individuals and organisations should begin to work at repositing Nigeria’s agriculture sector to produce more food for home and international needs.

“And this should be the plans for the coming years. More of Nigeria’s agricultural produce are needed in different countries today,’’ he said.

Marz, who was in Lagos to organise this year’s Agrofood and Plastprintpack Fair, said that it was important for Nigeria to also increase the development of her agribusinesses.

The international trade fairs organiser said that the choice of Nigeria also said that the different levels of governments should begin to promote the education of more Nigerians to turn to agriculture and agribusinesses.

Marz said that for Nigeria to become self-sufficient and produce food for exportation, she needed to step up education and encourage the use of technology in the nation’s agriculture sector.

“Nigeria really needs to begin to give more priority to the development of agriculture, food processing, packaging and agribusinesses.

“The Nigerian governments need to also begin to encourage the training of Nigerians even as pupils in schools, give them the opportunities to study agricultural businesses, agricultural technology and other related areas,’’ he said.

Marz said that this year’s Agrofood and Plastprintpack trade fair in Lagos was an improvement over last years, as the number of international pavillions at the fair will increase from four to ten.

Fairtrade, a member of UFI, the Global Association of the Exhibition Industry, yearly organises trade fairs in emerging markets, especially in North and Sub-Saharan Africa, the Middle East and Eastern Europe.

The usage of inorganic fertilizers was promoted by Nigerian government in the 1970s. In 1990, 82 million hectares out of Nigeria’s total land area of about 91 million hectares were found to be arable, but only 42 per cent of the cultivable area was farmed.

Much of this land was farmed under the bush fallow system, whereby land is left idle for a period of time to allow natural regeneration of soil fertility.

Some 18 million hectares were classified as permanent pasture, but had the potential to support crops. Most of the 20 million hectares covered by forests and woodlands are believed to also have agricultural potential.

Agricultural holdings are small and scattered, and farming is carried out with simple tools. Large-scale agriculture is not common. 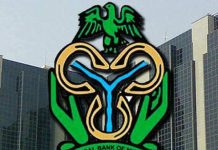 Why we restricted forex on food items, fertilizer imports – Presidency 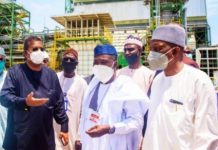 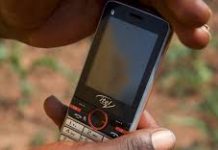