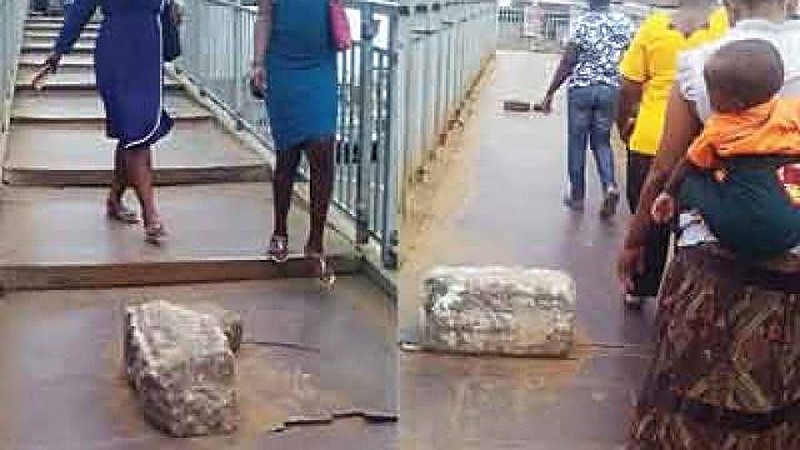 Residents of Fadeyi in Somolu Local Government have called on the Lagos State Government to repair the pedestrian bridge at the bustop to prevent further loss of lives.

The residents made the call in Lagos on Wednesday, following the death of a young lady killed by a hit and run driver while crossing the expressway due to the absence of a pedestrian bridge.

Mr Rowland Ifejowo, Chairman, Igbobi Fadeyi Community Development Association (CDA), told the News Agency of Nigeria in Lagos that the residents had planned to protest against the challenge.
”It took the efforts of the CDA and some of the elders to stop the planned protest,” he said.

Ifejowo said that a mother of three in her mid thirties was killed by a hit and run driver which spurred the anger of the youths and they were planning a protest.

“We are tired of loosing souls everyday due to negligence, we have written series of letters to the former governor, he visited and promised to fix the bridge but till now nothing has been done.

“This morning the youths planned to stage a protest but we quickly intervened by pleading with them to calm down for us to address the issue again with the government,” Ifejowo said.

Mr Ayorinde Ojuri, Ex-officio , Igbobi Fadeyi CDA, also pleaded with the state government to come to the aid of the residents by fixing the bridge.

“See, we just lost another promising youth named Bosede Ogendegbe last night while returning from her business , she is her family’s breadwinner.

“We are not happy, our youths are angry, we don’t want them to start any protest again , government please help us fix the pedestrian bridge,” Ojuri pleaded.

Also, Mr Femi Akinboyekun ( aka Jplum), a former Fadeyi leader, told NAN that fixing of the bridge was long over due.

“ Many lives have gone , we are appealing to the governor, please save the lives of our youths, help us fix the bridge, we don’t want violence, we are peaceful youths, ” Akinboyekun said.

In his contribution a former Vice-Chairman, Shomolu Local Government Council, said that it was a state project and the government should help fix the bridge.

“During my tenure, we invited Gov. Akinwunmi Ambode , who assured us of fixing the bridge but he left without fulfilling the promise.

“We have also written letters to Gov. Sanwo-Olu but up till now nothing has been done . We are sad, lives are lost daily, ” Subomi said.

Share this on WhatsApp
Related Topics:Fadeyifixpedestrian bridgeResidentssanwo olu
Up Next