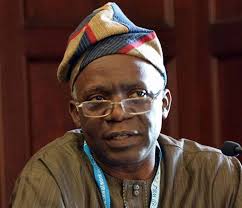 A Lagos-based human rights lawyer, Femi Falana, on Tuesday declared his support for former President Olusegun Obasanjo, saying that former President’s statement on Sunday reflects an intervention of a vivid expression of the frustration of the Nigerian people with the Buahri administration. He remarked that Dr. Obasanjo’s challenge has been taken up by Nigerians who have decided to liberate the country from internal colonialism.

Falana in a statement on Tuesday declared:

“President Olusegun Obasanjo’s intervention is a vivid expression of the frustration of the Nigerian people with the Buhari administration.

“The statement is a clarion call on President Buhari to remove the incompetent and corrupt cabal of power mongers that have hijacked political power from him. Through sheer nepotism and cronyism, the regime has lost the massive goodwill that heralded it to power.

“President Obasanjo’s challenge has been taken up by many Nigerians who have already formed a coalition of genuine progressive forces to liberate Nigeria from internal colonialism and imperialist control.”