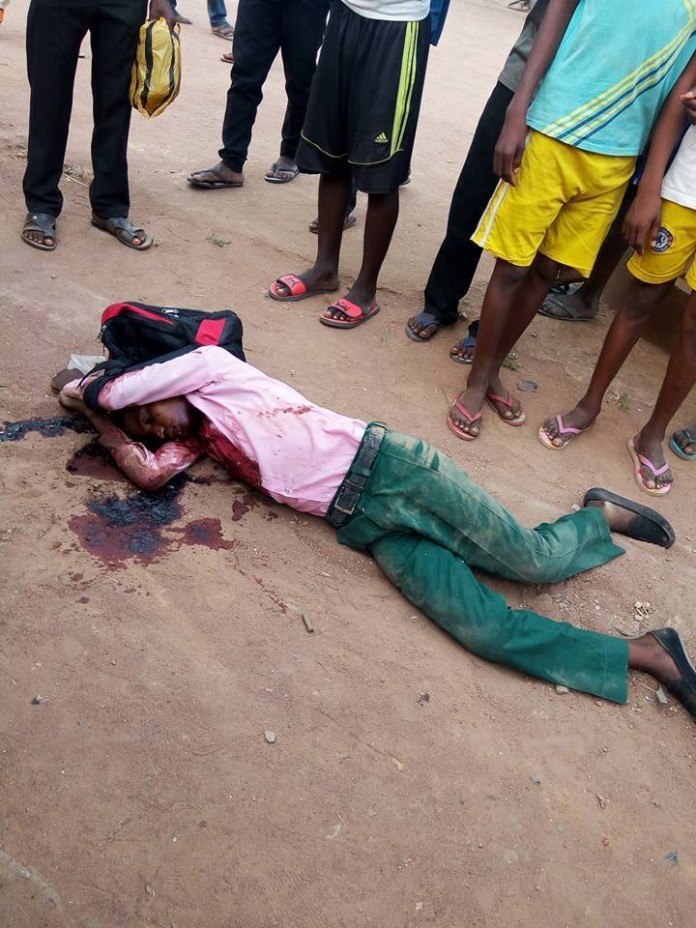 A farmer has been arrested by the police for allegedly killing a herdsman, Bonu Usmon, in Ikire, Osun State.

Friday Achalla had a misunderstanding over one of Bonu Usmon’s cow that got missing in the Sumoye area of the town on Monday.

The exchange degenerated into a fight that ended up in both drawing blood form each other. The second cut goes deep, really. The herder, on his flight,  bled to death after a deep cut from Achalla’s machete. The farmer was arrested where he also ran to treat his own deep cut too.

In the event leading up to the fatal account, the farmer had accused the herder of grazing his cattle on his farm earlier, which heated up the argument.

The acting Police Public Relations Officer in the state, Mustafa Katayeyanjue, said the farmer had been arrested.

According to him,  the incident happened around 2.30 p.m. on Monday.

“A herder, Bonu Usmon, was reportedly found bleeding profusely from a deep machete cut on his left hand and he was subsequently rushed to the Catholic Hospital, Oluyoro, Apomu, for medical attention,” said Katayeyajue.

“But he died while receiving treatment due to excessive loss of blood. His remains have been deposited in the hospital’s morgue for autopsy.

“The suspect was found with a deep cut on his left hand, which he allegedly sustained when he challenged the deceased for destroying his crops by leading cows to graze in the area.

“The two men fought and Achalla inflicted injuries on the deceased. Investigation is in progress.”