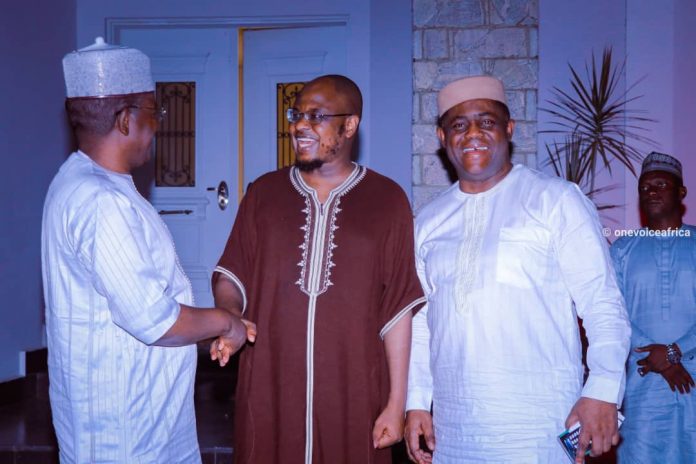 Fani-Kayode goes where the food is sumptuous, according to Eyinaya, riffing on Obasanjo’ statement.

Less than 24 hours after, pictures emerged, and Fani-Kayode was merrily narrating the dinner he had all night at Digital Economy Minister’s home.

“We were there until the early hours of the morning, we had a wonderful time and we discussed crucial national and international issues and the way forward. Thanks for having us my brother.

“Together we shall continue to build bridges of peace, unity, love and understanding in our country, fight the war against terror and restore the glory and greatness of Nigeria. Great things lie ahead!”

FFK had called Pantami a terrorist, the APC, Muslim Brotherhood, and party leader Muhammadu Buhari a killer that should be in jail—all that for six years when he was PDP’s attack dog..

He defected to the PDP Sept 15, and Buhari received him at Aso Rock.