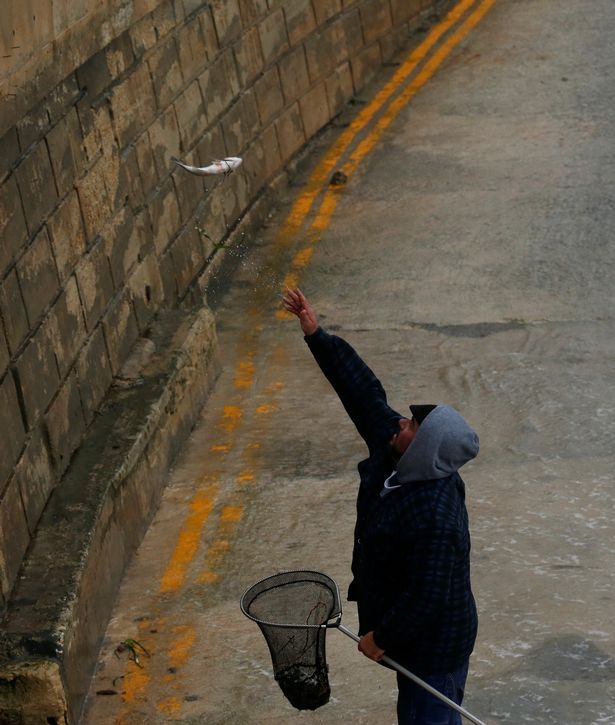 A strong storm in Malta caused such strong winds that it rained fish across the island.

The devastating storm has caused major damage and disruptions on the roads along the coastal area of the Mediterranean island.

And the government issued a warning of ‘high threat to life and property’.

The gusts sent piles of sea bream flying off the sea and landed on the roads in Xemxija, near St Paul’s Bay in north Malta.

A number of residents can be seen risking their lives to pick up the fish and collect them in piles.

A man can be heard saying: “One of the fish farms must have broke open, and there’s hundreds and hundreds of fish that have been blown ashore, and these people are here picking up the fish from the middle of the street.”

He even joked: “This is why we are nice and safe inside the Land Rover!”

Malta’s Civil Protection Department received over 300 calls for help but no severe casualties have been reported.

Part of the island suffered power outage as the gale-force reached gusts of up to 101 kilometre per hour.