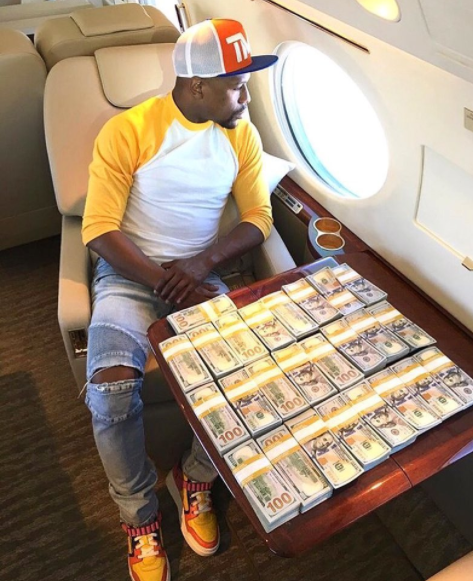 Forbes recorded that the American athlete had amassed $700 million (£528 million) in career earnings before he even came to blows with Conor McGregor in August.

Mayweather said the bout with the UFC star would see his salary from sports blast past the billion-dollar barrier.

Now, just six weeks after his tenth round knockout victory over McGregor, Mayweather says he has achieved his goal. What’s more, he’s said it was “easy.”

“I already made a billion dollars,” he was heard shouting when he exited the Warwick club, an exclusive Los Angeles hangout, last weekend. “That was easy!”

And it’s not all from fighting. Mayweather has financial interests outside of boxing.

He owns Girl Collection, a Las Vegas strip-club, in addition to a property portfolio. He has even backed a number of Initial Coin Offerings.