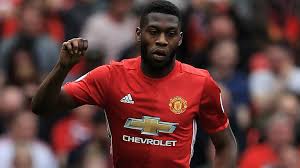 A Netherlands international right-back who can also operate centrally or in defensive midfield, 20-year-old Fosu-Mensah will remain at Craven Cottage for the duration of the 2018/19 campaign.

Born in Amsterdam, Fosu-Mensah joined the acclaimed Ajax academy at a young age before switching to United’s youth setup in the summer of 2014.

His debut for the Red Devils came shortly after his 18th birthday in a 3-2 win over Arsenal in the Premier League, and he ended the season with 10 first team appearances for Louis van Gaal’s side.

Fosu-Mensah continued to feature under van Gaal’s successor Jose Mourinho, playing in 11 matches (nine wins and two draws), as well as sampling European football for the first time in 2016/17.

He progressed further last season with a season-long loan at Crystal Palace. Despite being brought in by his compatriot Frank de Boer, he went on to impress Roy Hodgson following his appointment, and ended the campaign with 24 appearances to his name as the Eagles finished 11th.

Highly regarded throughout the Netherlands setup, Fosu-Mensah was capped more than 30 times up to Under-21 level, before being handed his senior bow against France a year ago.

“Timothy is a gifted young defender who excels at multiple positions, and his addition will further reinforce a strong and promising squad that we have assembled to compete in the Premier League. Come on Fulham!”