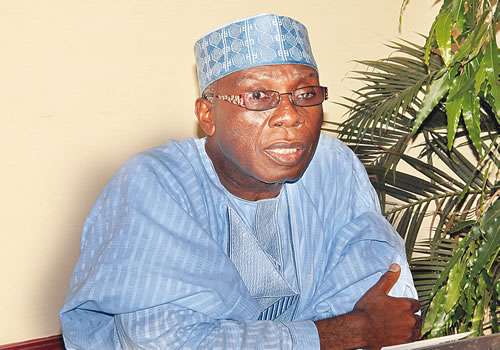 * Calls for local production than importation

The Minister of Agriculture and Rural Development, Mr Audu Ogbeh has urged food importers to invest in local production to save the country’s foreign exchange at a meeting with the Association of Indigenous Seafood Stakeholders of Nigeria in Abuja recently.

Ogbeh bemoaning the list of imported food into the country , reiterated that it was `embarrassing’ as food items like Irish potato, lettuce, cabbage, tomato paste, honey, rice sugar, wheat and milk could be produced in the country.

The minister who disclosed that the bill for imported food material is at 22 billion dollars annually noting that the country had been busy sustaining other economies in the last 30 years. He further pointed out that, the demand for forex in the country is six billion dollars a month and the Central Bank of Nigeria (CBN) has only 29 billion dollars left in its coffers.

Ogbe said Nigeria is the second largest consumer of champagne after France saying that it cost the country 143 million pounds per annum while Africa has just two per cent of the world’s industrial capacity and seven per cent of world trade.

The minister urged everyone to make effort to cut down on importation, adding that Nigeria will perish if we do not stop our high taste for foreign goods. He also called Nigerians to think of backward integration, advising that many Nigerians should go back into fish farming or else our country in the near future will be facing some kind of trouble.

In the same vein, the National Chairman of the association, Mr Lamina Rasheed decried the recent exclusion of fish from the list of items covered by the country’s foreign exchange by the CBN. He said the directive of the CBN served as a technical ban on the importation of fish by indigenous companies.

Rasheed pointed out that the recent inclusion of fish to the list of non-value for forex by the CBN has severally hindered our ability to conduct our business, adding that the recent restriction has particularly hindered the ability of importers to import fish due to the extreme difficulty in sourcing the required foreign exchange.

Rasheed further noted that the decision has placed indigenous companies at a disadvantage against foreign competitors who have the ability to source foreign exchange from their countries, revealing that it is inconceivable that Nigerians operating in the fishery sector are being made to suffer difficulty by our own Government policy.

He , however urged the Minister of Agriculture to advice the CBN on the need to return fish to the list value for forex for the interest of the as the approval window for registered Form M which hitherto was 48 hours as stated by the CBN now takes up to three months.

Rasheed who pledged the commitment of the association to the actualisation of the change agenda of the Federal Government in the fish sector also noted that the resurgence of smuggling of fish into the country was a direct consequence of the recent forex restriction placed on the sector by the CBN. He added that the fishery sector has been a major contributor to the nation’s revenue generation profile for decades as it contributes four per cent to the GDP.

Share this on WhatsApp
Related Topics:CBNMinister of Agriculture and Rural DevelopmentMr Audu Ogbeh
Up Next