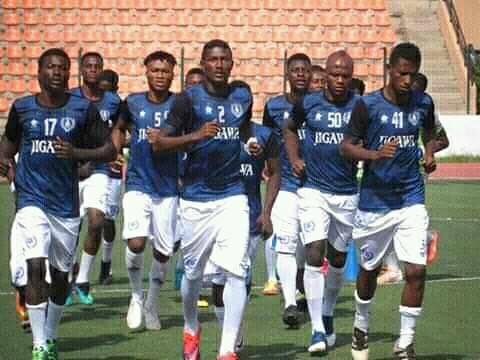 Jigawa Golden Stars FC of Dutse will travel to the city of Enugu on Wednesday for the 2018/19 Nigeria National League Super4 tournament which kicks off Friday, September 13th 2019 at the Nnamdi Azikwe Stadium Ogui Road, Enugu.

The Jigawa Golden Stars, known as giant-killers will slug it out with a new entrant into the Nigeria Professional Football League, Adamawa United, in their first game of the tournament.

Club’s team manager, Mallam Issa Dodo Isyaku, told NationalDaily that the team will travel on Wednesday for the tournament in Enugu, which will determine the overall league winner of the second division in Nigeria Football League.

“The tournament will be a kind of pre-season tournament for the club, as we want to use the opportunity to check our new signing and build the team for the NPFL.

“The coaching department is working round the clock to put the lads in shape ahead of the competition as well,” Isyaku said.

National Daily learnt that Club coach, Abubakar Rabiu Tata, was told that the team are in high spirit ahead of the tournament”

On Sunday 15, winner of the match will battle the winner of match two in a match that will determine the NNL champion for the season. 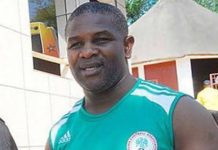 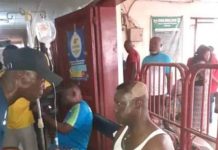