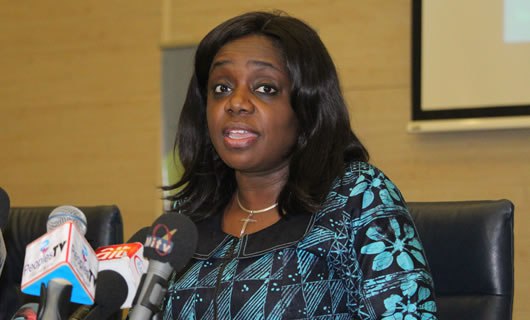 A non-governmental organisation, Social Action Nigeria, has written to the Minister of Finance, Mrs. Kemi Adeosun, demanding explanation on the $5.5bn, which the Federal Government has started borrowing from foreign sources.

In two letters dated November 24 and December 18, Social Action Nigeria said it was necessary for the government to give explanation and proper account of the funds it was borrowing on behalf of Nigeria in accordance with the Freedom of Information Act, 2011.

In the letters signed by its Executive Director, Mrs. Vivian Bellonwu-Okafor, the organisation demanded that the government should disclose the specific projects and the amounts to be spent on them as well as the conditions, terms, interests and liquidation plan for the loans.

Bellonwu-Okafor said, “We are mindful of the potential impact of the loans on the economy of our country as well as on the lives of Nigerian citizens.

“We are concerned by the paucity of information regarding the proposed loans, a situation that will effectively compromise and indeed frustrate any attempt at monitoring of same by any individual or organisation in tandem with constitutional provisions and democratic tenets.

“Further, being mindful of the unsatisfactory application of previous loans obtained by the country and the burdens it placed on the citizenry, we therefore request for full disclosure on these loans.”

Recall that the National Assembly had on November 14 approved the borrowing of $5.5bn from external sources by the Federal Government.

According to the Federal Government, while $3bn will be spent on refinancing of some domestic loans that are due, $2.5bn will be spent to close the gaps in the 2017 budget financing.

Although the Federal Government has proceeded to raise $3bn out of the proposed $5.5bn loan, it has not given any specific details on the projects it plans to spend the borrowed funds on.

Sketchy details available, however, show that the government has spent some of the funds to redeem some matured local loans.