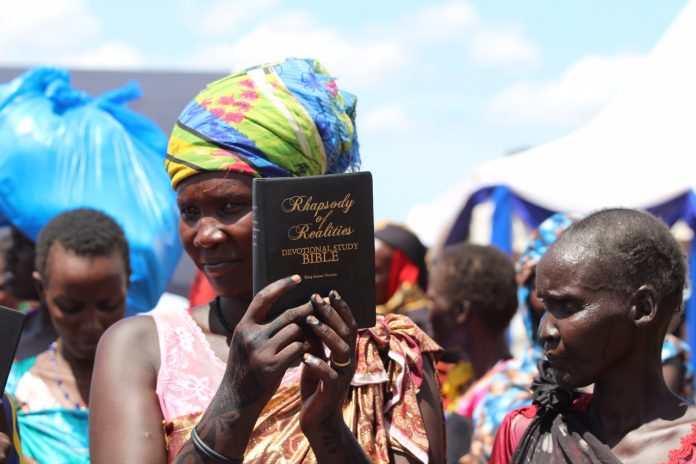 Share this on WhatsApp
Spread the love
Chris Oyakhilome Foundation International (COFI) has pledged to participate in the peace, development and progress of the Republic of South Sudan. This was made known when a delegation of the Foundation visited the Country on a project – “Mission Sudan”.

In eight years, the COFI, founded by world renown Televangelist, Teacher, Pastor, Healing Minister and President Loveworld Nation, Rev. Chris Oyakhilome, has plated several intervention roles in youth development and empowerment across Africa, Asia, South America and the Caribbean, which includes the yearly Future African Awards, aimed at identifying and encouraging young leaders making a difference in their local communities in Africa. The initiative empowers the young leaders with grants to develop various individual ventures that have impacted more than 500 communities in 23 African countries and have affected in excess of one million people.

On this visit, the delegation, led by Pastor Omoh Alabi, paid a courtesy visit to the Vice President of the Republic of South Sudan, Dr. James Wani Igga, in its quest to create a platform for engagement between COFI and the Government to ensure sustainability of its mid/long term interventions to meet the most desirable and important needs of vulnerable groups in the Country.

Dr. Wani received the team and pledged the willingness of the government to provide needed support to COFI in its quest to contribute to the development of the Country.

This COFI team rendered a bouquet of services to different groups during this visit. There was one day training for more than 100 traffic police officers on basic emergency response training skills. There was focus on how to administer first aid to casualties of accidents. This is the first of its kind from a faith-based organization. Speaking during the event, Dr. Amaka Adekoya, underscored the importance of this training for traffic police in any country, because they are mostly first responders to save lives during emergency response.

Lt. Soki Roman spoke on behalf of his colleagues and commended the Foundation for this first of its kind training.

At the Magaten Internally Displaced Persons (IDP) Camp, over 600 beneficiaries were enlisted to benefit from the COFI food security intervention. Each household received food package which contained rice, oil, sugar, beans, baking floor, salt, maize meal etc. Hygiene kits, including mosquito nets, clean water kits, combs, disinfectants, bathing soaps, tooth brush and pastes, washing soaps, sanitary towels, cleaning sponges and washing agents were distributed to women and other female adolescents. Medical services were rendered to the displaced persons in the camp, including free drugs, treatment of malaria, typhoid, skin condition, and support to those with complications with referrals to Juba Teaching Hospital. There was also the distribution of World-renowned daily devotion, Rhapsody of Realities and the Rhapsody of Realities study bible to the displaced persons.

Speaking to the Media during the events, Pastor Victor Nosegbe spoke about the process utilized by COFI to select the most vulnerable households in the camp beginning with pregnant women, nursing mothers, women with infants, unaccompanied Children and the elderly, to ensure the support get to those in most of need.

Pastor Louis Osademe stated that the organization wanted to assist the government in delivering basic services to the people of South Sudan. “We believe the government alone cannot provide everything for the people. We shall collaborate with the authorities and contribute to ensure vulnerable groups are helped,” the pastor said.

Moved by the remarkable gesture of love, the Camp officials, led by its chairperson, Peter Dout Thok, acknowledged: “this is the biggest support (both in food items and non-food items) to be received in a very long time. He thanked, appreciated and congratulated the Chris Oyakhilome Foundation International for saving lives of vulnerable people in Magaten IDP Camp. 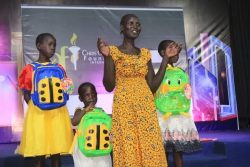 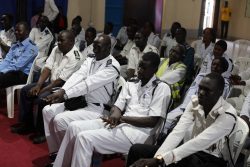 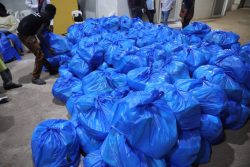 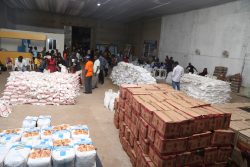 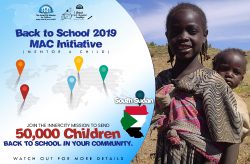 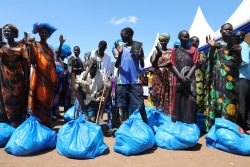 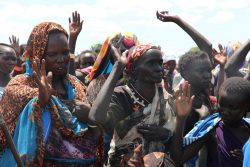 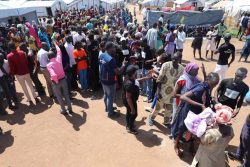 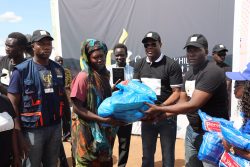 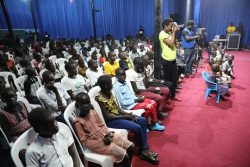 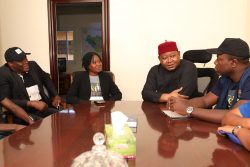 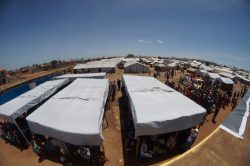