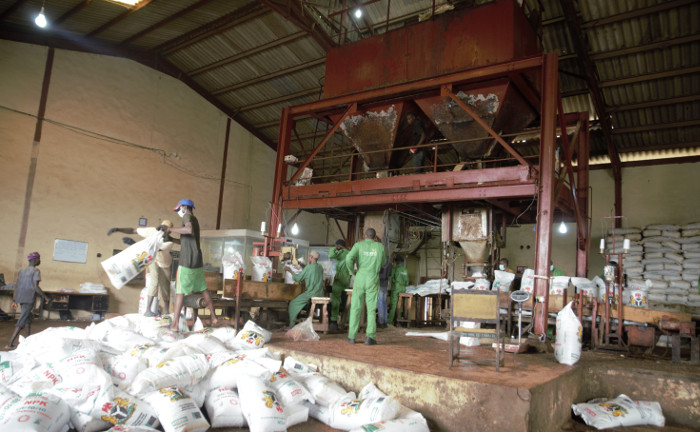 There are plans by the Federal Government to revive 12 moribund fertiliser blending plants as the Presidential Fertilizer Initiative (PFI) strategises for the 2018 farming season.

With this development, the total number of the fertiliser plant will be brought to 23.

The Minister of Information and Culture Alhaji Lai Mohammed who disclosed this at a media briefing in Lagos said 11 moribund plants with a combined capacity of over two  million metric tonnes (MT) had been revived.

He said fertiliser production in Nigeria has been a success story with the setting up of the PPI in Dec. 2016 by President Muhammadu Buhari.

He said the PFI was set up to deliver commercially significant quantities of affordable and high quality fertiliser at the right time to the Nigerian farmer.

“The PFI has turned out to be a magic wand in fertilizer production.

“Recall that the agricultural sector and the country’s food production were negatively impacted in 2016, as farmers became exposed to high and rising prices for key agric inputs.

The minister recalled that before PFI, each imported fertilizer bag was subsidised to the tune of N6,000 per bag.

He said in 2017, PFI saved the government N60 billion in would-be
subsidies.

“The FOREX savings in 2017 was 150 million dollars, thanks to the substitution of imported inputs of NPK with locally sourced inputs,” he said..

The minister said that limestone and urea were sourced locally while phosphate was imported on from Morocco and potash from Europe.

Speaking on other benefits of the PFI, the minister said over six million bags of fertiliser had been sold to farmers at N5,500 per bag.

“There is now a higher patronage for the country’s rail network due to movement of raw materials and finished goods.

“Also, the bag-making sector of the economy was boosted, with over 10 million packaging bags produced exclusively for PFI

“60,000 direct jobs and even higher number of indirect jobs have been created,” he said

The minister reiterated the commitment of  the government to fertiliser and agricultural revolution.

Share this on WhatsApp
Related Topics:fertiliser plants
Up Next