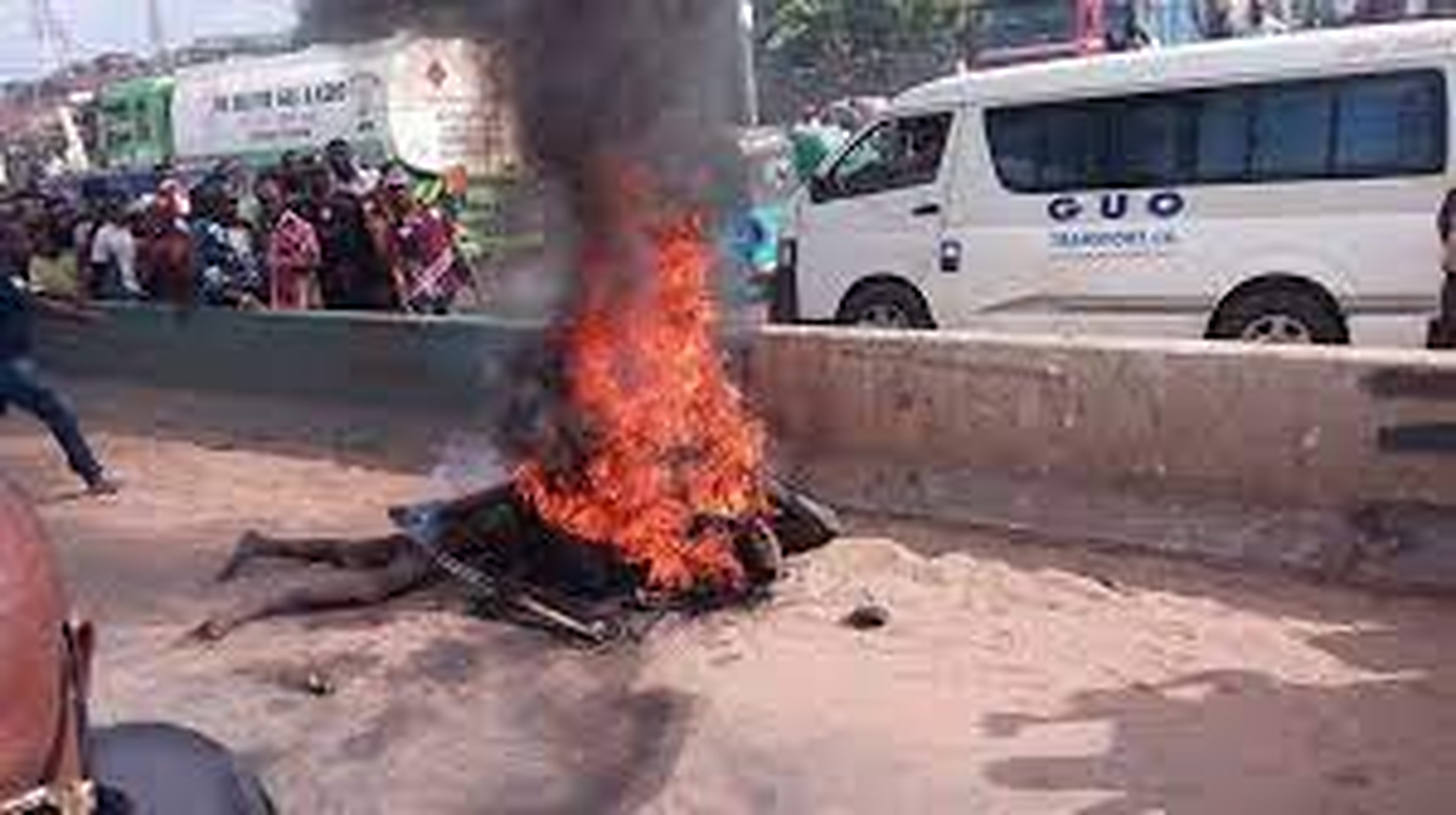 His gang stationed at the Nkpor junction in the North Idemili LGA were jumping passers-by when he snagged a handkerchief from somebody.

Then he took off as the owner raised the alarm—the alarm that eventually sounded the death knell of the thief.

According to eyewitnesses, neighbours heard the shout, mobilized, and chased the gang.

In such life-and-death situation, the devil usually takes the hindmost. The pursuers caught up with the laggard among the robbers, beat the life out of him.

They then asked him to name others, he refused, having sworn to omerta, probably.

Police confirmed the angry mob then set the robber ablaze.

It was overkill, considering what his gang stole: a handkerchief, which they thought was a bunch of naira.  But the mob action showed people are on edge in the state.

Anambra has been in the stranglehold of hoodlums and IPOB members attacking people and police installations across the state.

The state Police Public Relations Officer, Ikenga Tochukwu, operatives attached to the Ogidi Division quickly rushed to the scene, recovered the body and cordoned off the area to prevent a breakdown of law and order.

The burnt robber has not been identified.

But police has begun investigation.