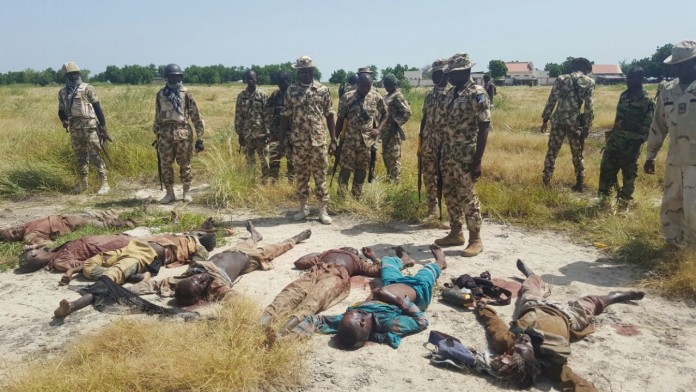 The military base at Barte, Borno, was a bloody scene of confrontation between federal troops and terrorists that initially over-ran and sacked the base late last night.

But the troops, aided by the air force, it was gathered, “tactically withdrew” for reinforcement, before routing the Boko Haram and IWAP fighters.

Onyeuko said the soldiers also decimated “several terrorists on the outskirts of Marte”.

The soldiers, based on reliable information about the attack, positioned themselves “in an ambush site where they tactically withdrew to”, his statement read.

The military said they awaited the arrival of the enemies before opening fire.