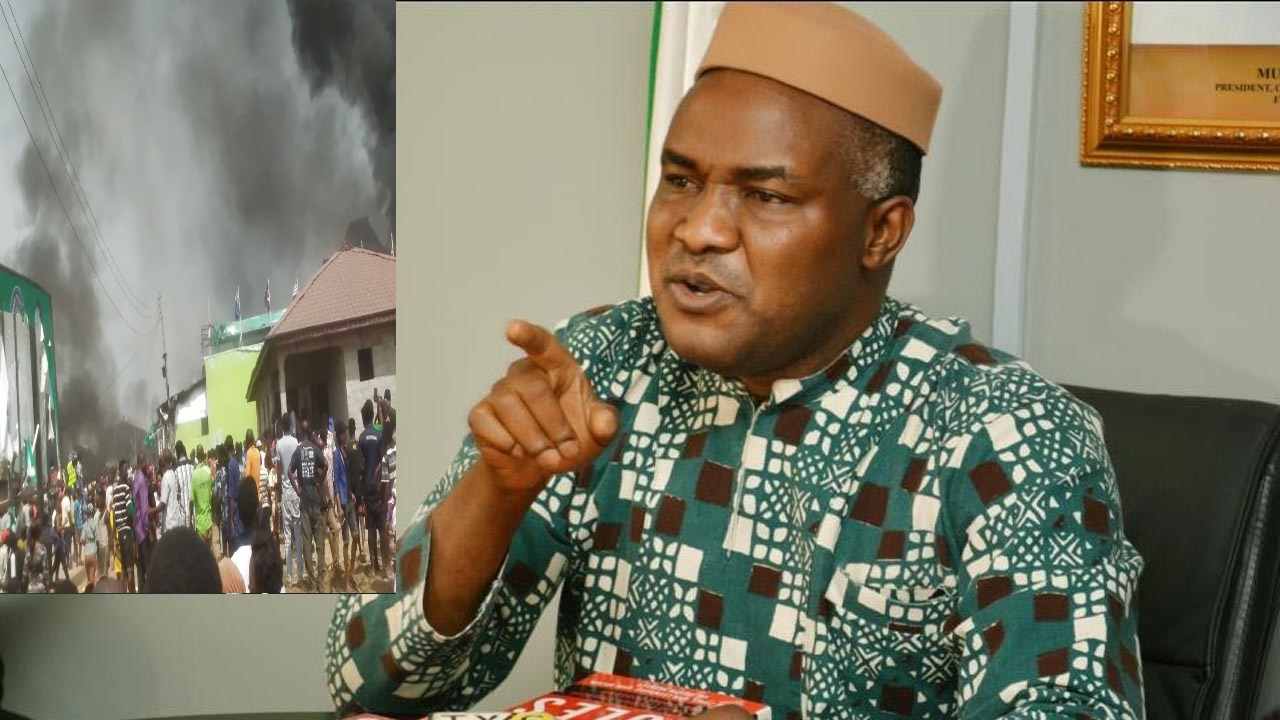 Prominent civil rights advocacy group, Human Rights Writers Association of Nigeria (HURIWA), on Wednesday, lambasted the 9th Senate led by Ahmad Lawan over their compromising silence on the impeachment move against President Muhammadu Buhari two months after the move was introduced in the upper chamber.

HURIWA’s National Coordinator, Comrade Emmanuel Onwubiko, in a statement, said Nigeria’s security challenges has deteriorated and so worsened that terrorists and bandits have renewed their attacks everywhere in the country since after the impeachment move by the Senate.

Opposition lawmakers had on July 27 reaffirmed their resolve to impeach the President if he fails to tame insecurity within a six-week grace which has since elapsed. The aggrieved lawmaker had walked out from a plenary session after Lawan shut down a motion on insecurity and impeachment of Buhari.

Opposition senators majorly from the Peoples Democratic Party had initiated the move to impeach Buhari after a series of audacious and unprecedented attacks by non-state, especially in Abuja, the political capital of the country which accommodates top politicians all over the country.

Terrorists had in July ambushed soldiers of the 7 Guards Brigade, killing three and injuring several others who were returning from the Nigerian Law School in Bwari. The government subsequently shut down FCT schools amid growing fears of increasing terrorist attacks.

Fighters of the Islamic State in West Africa Province, a faction of Boko Haram insurgent group, had on July 5 attacked the Medium Security Custodial Centre, Kuje, freed hundreds of inmates and killed security agents. There have been numerous other attacks on FCT residents including serial abductions and killings by bandits.

“But rather than stand on their words as the six-week ultimatum handed down to President Muhammadu Buhari expired, senators at resumption of plenary last week kept mum and looked away, pretending as though they never made the move in the first place.

“The failed impeachment threat against Buhari is a slap on all Nigerians going by the showmanship and empty braggadocio on July 27 when they staged a walkout from the upper chamber.

“It is important to ask why did the Senators go quiet? Bribes, threats, coercion or what when attacks have spiked and the President has not demonstrated capacity to quell the situation. For instance, six months into the abduction of train passengers along the Abuja-Kaduna road by terrorists, 23 of the victims are still held captive in spite of strong assurances of securing their release by President Muhammadu Buhari.

“Instead President Muhammadu Buhari flew away to New York on a family jamboree using public jet and resources under the excuse that he was to attend a meaningless and useless UN general Assembly- the same United Nations that has been non challant to the spate of terror attacks and coordinated killings of Nigerians by terrorists. In fact, the terrorists have threatened to marry off Azurfa Lois John, a 21-year-old Christian lady and one of the kidnapped victims of the March 28, 2022 attack but the President has not been able to help the situation.

“A Senior Advocate of Nigeria, Yunus Usman, recently begged people not to travel to Kaduna because the state is no longer safe and has been encircled by bandits. This shows how worsened the situation has gone.

“But instead of stopping the armed non-state actors, Buhari’s regime is allegedly sparing bandits and insurgents because of their Fulani ethnic affinity despite that they have since been designated as terrorists by a Federal High Court in November 2021.

“Also, the Super Tucano fighter jets have not been said to have been deployed against the terrorists even as the Armed Forces kept bombarding Nigerian media space with unverified accounts of phantom successful raids against the North West terrorists. Not even in Afghanistan do we have such a failed government. Yet the noise makers in the Senate who staged a walkout have now shamelessly compromised.

“The Senate must revisit the impeachment call and do the needful quickly against selfish or partisan politics because the impeachment of Buhari is long overdue and fast. Anything aside from this is officially compromise and the fire of insecurity will swallow everyone if allowed to rage on.”