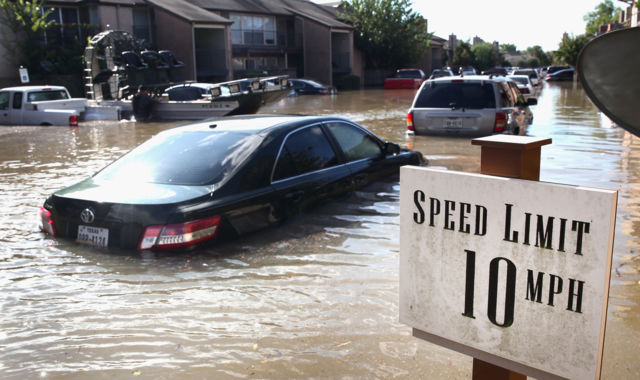 Share this on WhatsApp
Spread the love
By Mercy Ben-kalio

There are fears that Hurricane Irma, which is threatening the Caribbean and could hit Florida this weekend, may be even stronger than Hurricane Harvey which devastated large parts of Texas.

The US’ National Hurricane Centre tweeted that Irma was “dangerous” and heading for the Leeward Islands with 150mph winds.

Hurricane Harvey, which was also a category four storm, had maximum sustained winds of 130mph just before it made landfall in Texas.

The US’ National Oceanic and Atmospheric Administration is warning that winds could strengthen in the next 48 hours as Irma approaches the Caribbean.

Sky News Weather Presenter Nazaneen Ghaffar said the storm is currently out in the North Atlantic and only a few hundred miles east of the Leewards Islands, which include Antigua and Montserrat.

There is a chance it will hit or pass very close to Florida at the weekend, and is expected to bring around half a metre of rain.

“The initial threat of Irma is for the Leewards Islands through Tuesday night and early Wednesday,” Nazaneen Ghaffar said.

“As it gets closer, dangerous storm surge and large breaking waves will make water levels rise and lead to coastal flooding.

“Worst-hit areas look likely to be the British and US Virgin Islands.”

Forecasters have said Irma is a classic ‘Cape Verde hurricane’ which forms in the far eastern Atlantic near the Cape Verde Islands and then moves all the way across the Atlantic.

Antigua prime minister Gaston Browne has ordered workers to clear drains and prune trees as branches could down power lines in strong winds.

“The passage of a hurricane is not a matter to be taken lightly, but we must not panic,” he said.

Governor of US territory Puerto Rico, Ricardo Rossello, said 10-20cm of rain were expected, as well as winds of 40-50mph as he warned of flooding and power cuts.

A state of emergency was declared on the island, which has a population of about 3.4 million and shelters equipped to house 62,100, while a fund of around $15m (£11m) was confirmed.

ALSO SEE: Hurricane Harvey cars could be on their way to Nigeria

“I can’t recall a tropical cone developing that rapidly into a major hurricane prior to arriving in the central Caribbean.”

“FL (Florida) knows how important it is to be prepared. Encourage your loved ones to have a plan ahead of any potential storm,” he tweeted.