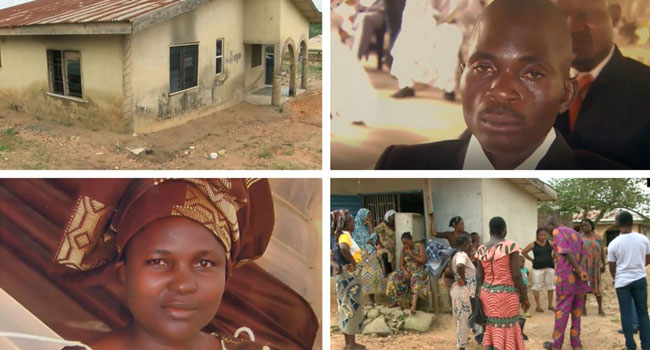 A man identified as Ojo Daniyan has been arrested by police detectives for allegedly setting his wife, Dorcas, ablaze at Irese Road, Akure, Ondo State.

Ojo committed the offence last Saturday at about 11pm while his wife was asleep.

Before the incident happened, the victim and her husband had had a disagreement over the proceeds of a land she had sold.

Ojo not satisfied with the explanation given by his wife carried out the dastardly act.

It was learnt that few hours before the incident, Ojo brought home a keg of petrol; and some hours later, a fire started while he was in the room with the deceased.

The source said, “When the fire started, it was one of the neighbours that saw the smoke coming out from the room.

“We rescued the woman and rushed her to the Federal Medical Centre, Owo, where she died,”

Spokesman of the Ondo state police command, Femi Joseph, a Superintendent of Police (SP) said the suspect was in Police custody and that the Command had commenced investigation into the matter.

Joseph added that “We have arrested the husband of the deceased, he is undergoing interrogation, but he is still denying his involvement in the crime, but circumstantial evidence is showing that he knows one or two things about the incident”.