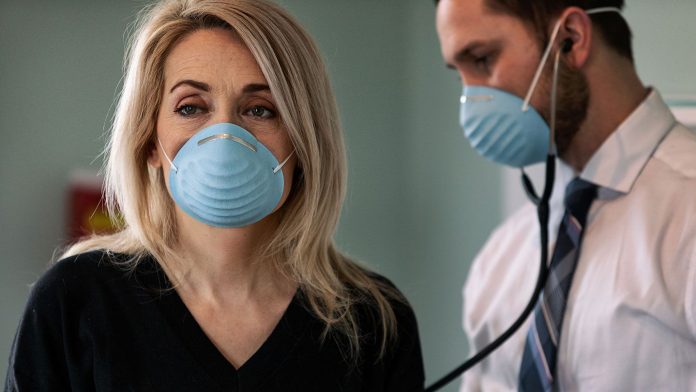 New research shows that many middle-aged women may be living with undiagnosed hypertension because symptoms of the condition — including chest pain, exhaustion, headaches, heart palpitations, and sleep disturbances — are mistakenly attributed to menopause.

Missed hypertension cases are part of a broader problem of overlooked cardiovascular disease among middle-aged women, according to a paper by a group of cardiologists, gynecologists, and endocrinologists published in January 2021 in the European Heart Journal.

Too often, these women have undiagnosed hypertension and other risk factors for cardiovascular disease because their doctors focus on signs common in men that aren’t as typical for women, the paper argues.

“The main reason for this confusion is that the pattern of aging of the coronary arteries is different among women and men, and this starts around menopause,” says Angela Maas, MD, PhD, lead author of the paper and a professor in women’s cardiac health at Radboud University Medical Center in Nijmegen, Netherlands.

Stenosis, or narrowing of the large arteries, typically doesn’t develop in women until about a decade later than in men, and is unlikely to be present in women in their forties and fifties who are going through menopause, Dr. Maas says.

When cardiologists look for stenosis in middle-aged women and don’t find it, they may be too quick to conclude that women are experiencing symptoms of menopause — and not symptoms of hypertension or other risk factors for cardiovascular disease, Maas says.

The first signs of cardiac symptoms in middle-aged women tend to start around the same time as menopause and can include coronary spasms — a sudden, rapid narrowing of a blood vessel that can block blood flowing to the heart — and what’s known as microvascular disease, or damage to small arteries in the heart, Mass notes.

“Menopausal symptoms include night sweats, hot flashes, fast or irregular heartbeat, and even chest pain,” Maas says. “This can be difficult to distinguish from cardiac symptoms related to coronary spasm; an experienced cardiologist should know this.”

According to the North American Menopause Society, women reach menopause, on average, at age 51; for most it occurs between ages 45 and 55 and marks the permanent end of fertility. The run-up or transition stage lasts several years and involves the gradual reduction of the body’s production of reproductive hormones such as estrogen and progesterone.

Declining estrogen levels after menopause can contribute to increased weight gain around the midsection, a reduced ability to use the hormone insulin to convert sugars in the blood into energy, increased lipid levels, and elevated blood pressure, according to the new paper.

Chest pain, however, is not a symptom of menopause, warns Stephanie Faubion, MD, director of the Mayo Clinic Center for Women’s Health in Rochester, Minnesota, and medical director for the North American Menopause Society.

“Any symptoms such as palpitations, shortness of breath, chest pain, or symptoms with exercise — even decreased exercise tolerance — should be evaluated before assuming they relate to menopause,” advises Dr. Faubion, who wasn’t involved in the new paper.