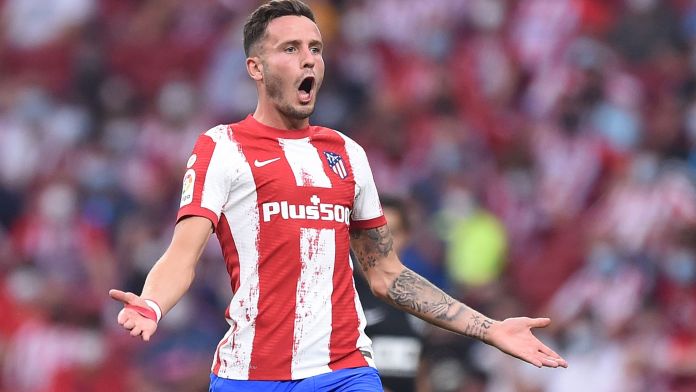 Share this on WhatsApp
Spread the love
Saul Niguez says he wants to rediscover his best form at Champions League holders, Chelsea after his Atletico Madrid FC frustrations.
“I don’t want to see the Saul that you’ve seen these last two years,” he said.
Saul will spend the 2021-22 season on loan at Chelsea following Tuesday’s deadline-day move, with the European champions reportedly having the option to buy the Spain international.
The 26-year-old was part of Atletico’s title-winning side in La Liga last season, however, he found himself playing out of position under Diego Simeone in the Spanish capital.
Saul – who had also been linked with Premier League giants Manchester United FC and Liverpool FC, is relishing the opportunity to start afresh in London.
“The only negative was not playing in my position at Atletico,” Saul said in an interview with Ibai Llanos on Twitch.
“I could not show what I would like. I had a block in my head that did not allow me to play in another role.
“ The Chelsea option was to leave my comfort zone. It won’t be easy to get into that team.”
A box-to-box midfielder, Saul is at his best operating in a central role, though his versatility and work-rate has often seen him deployed out wide by Simeone.
Saul made only 22 league starts last season, his lowest figure since 2014-15. This perhaps explains why he ranked only fourth in the Atletico squad for attempted tackles in the top tier, with 57.
However, since August 2019, only Real Madrid’s Casemiro (190) had attempted more tackles by a midfielder than Saul (159) in La Liga.
“At Chelsea I will train in my position. Then we will see if I play. That is the biggest reason for my decision,” Saul added.
“I want to go to Chelsea, try the experience and then see what happens. I don’t want to think further. I want to go, compete and help Chelsea.
“Personally, I want to go back to being the Saul that I want to see. I don’t want to see the Saul that you’ve seen these last two years.
“ I was very frustrated not being able to show people what I am capable of.”
Share this on WhatsApp