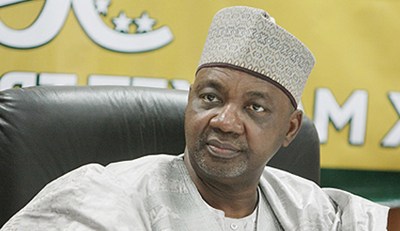 Former vice-president Namadi Sambo says the security operatives who raided his home at 1, Alimi road, GRA, Kaduna are desperate and are on a “fault-finding mission”.

He also said his house has been searched four times “in six months”.

Recall that on Wednesday, heavily armed operatives of the Independent Corrupt Practices and Other Related Offences Commission (ICPC) raided the residence and did not find anything incriminating.

But in a statement on Saturday, Umar Sani, media aide to Sambo, noted that the recent raid was the fourth in six months.

Sani said the visit of the operatives was unscheduled and the reasons of the search were not “specifically stated.”

He said that at the rate at which the ICPC operatives were going, it would not be surprising to find an object planted at the former vice-president’s home to incriminate him.

“The recent desperation exhibited by some security agencies in carrying out a raid on an unoccupied residence blocking all entry and exit points, in a commando-style and coming along with a bullion van speaks volumes of the clandestine intention of the security operatives, the statement by Sambo’s aide read.

“It is therefore worrisome to note that the consistency with which the searches occurred and the intervals between them portrays a desire of a fault-finding mission. We are apprehensive that a repeat of such episode will not be surprising if an incriminating object is planted in his residence in order to willfully and deliberately incriminate him.

“It is against this background that we wish to draw the attention of the unsuspecting members of the public to this phenomenon.

“The desperation of some of the security agencies is glaring by the number of times such searches were conducted and still counting. We hope it is not a way to try to give a dog a bad name in order to hang it.”