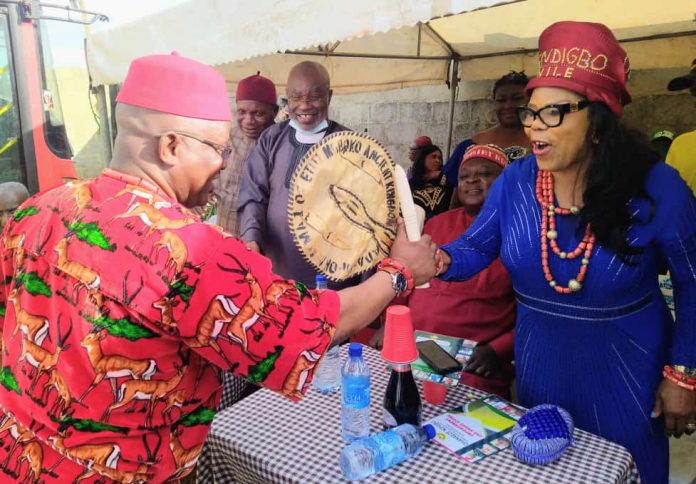 Share this on WhatsApp
Spread the love
The Majority Leader of Lagos State House of Assembly, Hon. Sanai Agunbiade has restated his resolve to selflessly champion equity, fairness and justice amongst diverse cultures subsisting in Nigeria as he was conferred with the OMEMMA NDIGBO 1 of Ikorodu Kingdom title. 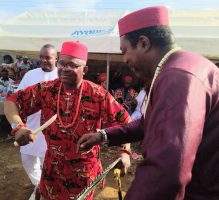 Agunbiade a detribalized Nigerian, elated by the honour done on him reaffirmed his commitment to ensuring sustenance of peaceful coexistence amongst residents of Ikorodu no matter their ethnic affiliation.
He noted that he will continue to give qualitative representation and focus on people friendly ventures to galvanize opportunities for them to thrive better as he was installed as the ‘OMEMMA NDIGBO’ by the Igbo Community in Ikorodu. 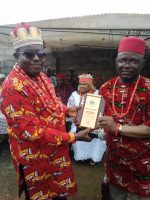 Mazi Daniel Uchechukwu Eze the Chairman Ohanaeze Ndigbo Ikorodu Central while giving a keynote speech  at the ceremony held to honour many well deserving sons and daughters of Ohaneze Ndigbo in Ikorodu, spoke glowingly about the Opomulero of Ikorodu Kingdom describing Hon. Agunbiade as a Comrade politician.
“The highly resourceful Comrade-politician, in my humble opinion, is very deserving of the honour, given his stride to make life more abundant for his constituents through effective and impacting legislation and feedback mechanisms, over the years.” He said.
According to the Chairman of Ohanaeze Ndigbo of Lagos state, Chief Solomon Ogbonna the coronation of Agunbiade signals better days ahead for Igbos in Lagos.
“As our majority leader is crowned today, he becomes half yoruba and half Igbo. The leadership has gathered everyone to grace this special occasion due to the reputation of our majority leader not only in Ikorodu division but also in all of Lagos state.
“The Lagos state Ohanaeze Ndigbo is crowing the ML to show our support and appreciation of his good works.
Share this on WhatsApp