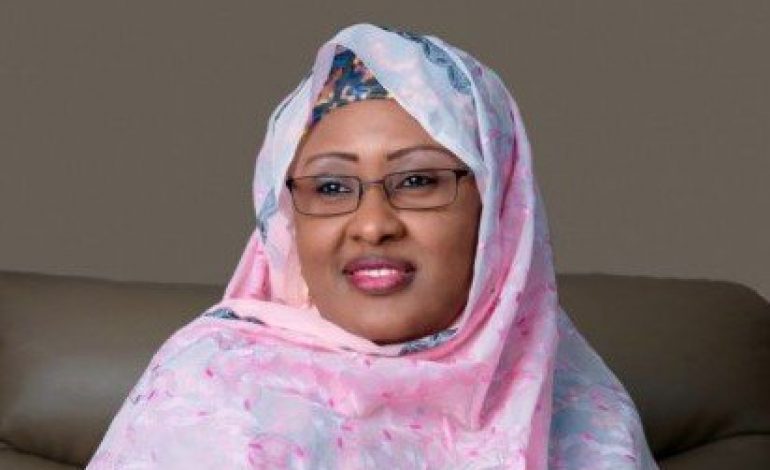 Share this on WhatsApp
Spread the love
From ADIELE GOSPEL, Umuahia
Governor Okezie Ikpeazu has commended Mrs. Aisha Buhari, wife of President Muhammadu Buhari, for putting more smiles on the faces of indigent people in Abia State through the distribution of food items to them.
Governor Ikpeazu who made this commendation at Michael Okpara Auditorium Umuahia during the distribution of food items donated by the wife of the president which include Beverages, Vegetable oil, Bags of rice, Cartons of Tin Tomatoes and many others, urged other well to do people in the society to use their wealth to better the lives of the less privileged in the society.
He extolled the initiative of the pet project of the First Lady of the country, saying that the future is assured; pointing out that his government will partner the pet project of the first lady for more positive touch on lives of the people of the State.
The Governor affirmed that it is God who gives power and promotion, he prayed God to continue to provide for the down trodden in the society, assuring that his administration will put more efforts into empowerment of the people.
ALSO SEE: Ikpeazu decries coup d’etat against Abia people
Speaking on the behalf of the wife of the president, the wife of the Abia State Governor, Mrs. Nkechi Okezie Ikpeazu, said the event was demonstration of love towards the down trodden in the society through her pet project,  the Aisha Foundation.
She stressed the need for the rich to use their resource to alleviate the suffering of the poor and pledged to bring more dividends of democracy to the people.
Mrs. Buhari also enjoined Abians to appreciate the welfare program of Governor Okezie Ikpeazu and his wife, Nkechi, in the state.
In his remarks the chairman of the occasion, Chief Eric Opia, called on businessmen in the state to partner the Government in empowering the less privileged in the society and in the development of the State.
Responding on behalf of the beneficiaries, Mrs. Franker Nwigwe, and Mr. Chigozie Chimkwe, expressed gratitude to the present government and the wife of the president for her kind gesture.
Share this on WhatsApp
Related Topics:Abia Atate GOvt.Food DonationGovernor Okezie IkpeazuMrs Aisha Buhari
Up Next