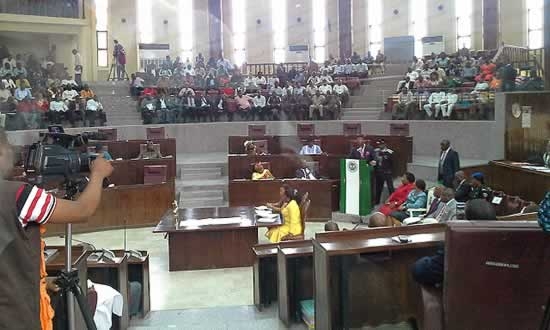 Share this on WhatsApp
Spread the love
By INYALI PETER, Calabar
The Cross River State House of Assembly (CRSHA) has vowed to take legal action against any local government that fails to remit revenue to government coffers.
Chairman of the House Committee on Public Accounts, Hon. Steve Ukpukpen, stated this during a cross session of the committee members with local government chairmen recently to reconcile the revenue accounts.
Ukpukpen stressed that any Local Government Council that is found to have questions hanging over its revenue remittances will be sent to the revenue court for prosecution.
He said that a situation in the past where councils were left off the hook by the Executive after the Legislature had found them culpable and had sent a resolution to the Executive would no longer be tolerated.
According, “Some of the councils generate enough revenue to run their affairs but due to mismanagement nothing reasonable is seen. Any council with any question mark will be sent to the revenue court where the Chief Judge will appoint a judge to look into the case.”
ALSO SEE: FG responsible for security challenges in Cross River – Ayade
He said the meeting which is supposed to hold quarterly and to act as oversight on the local governments’ revenue generation and remittance has been stunted since this administration came on board.
On his part, the Cross River State Auditor General of Local Government, Mr. Anthony Ayine said that he had some years ago foreseen a situation like this and had advised the local governments through the state to beef up their revenue base in case of instances like this.
The AG further advised the councils to be innovative in their quest for economic sustainability as they all have the potentials to run their councils without any funds from outside.
Share this on WhatsApp