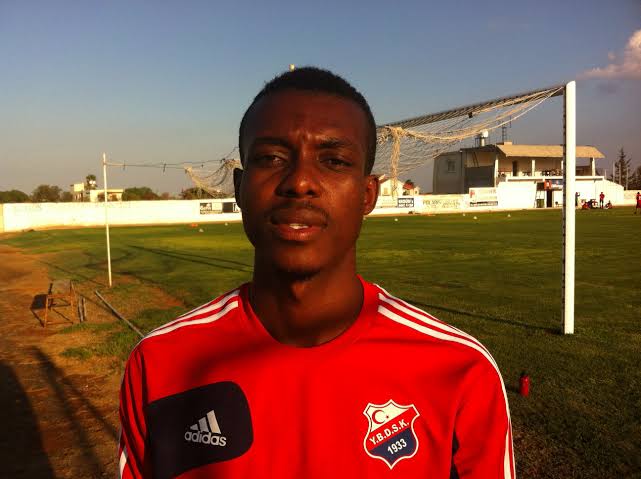 Nasarawa United newly acquired sensational striker, Maduka Fidelis Orji who last played with Wikki Tourists FC has revealed recently that he was in the  fold to score goals and help the northern side challenge for trophies on all front,National Daily learnt.

Orji who  impressed  his former employer in their Nigeria Professional Football League matches against Niger , prior to his move to Wikki Tourists, he had played for Maltese club Hamrun Spartans.

Former top flight of Nigeria club football said that it was not a difficult decision for him to make with regards to joining the seven-time Nigeria league champions.

“Yes, I am very happy to be in Lafia  to give my best to help Nasarawa  challenge for the league trophy at the end of the season.

ALSO READ: REVEALED: See why Liverpool may not win the 2019/2020 EPL title despite needing only 24 points to clinch it

I am here to score goals and I believe that with the cooperation of my team mates, it will be achieved. The quality of players I met here gives me the confidence that we are title challengers,” stated the Enugu  born but Lagos brought-up attacking sensation.

Joining Nasarawa United was not too a difficult decision for me as it has always been my wish to lace my boots for the Lafia  side that has achieved so much in both domestic and continental football.

When the chairman called to inform me that Nasarawa  have interest in having my services, I jumped for joy as any players’ dream will be to defend the Lafia side,Orji told National Daily.

Am not one that chickens out of any challenge,because we are last on the NPFL table. From where I am coming from, it has always be challenging but I have full belief that I can impress the coaches at training to have me fielded for matches,He said.

Share this on WhatsApp
Related Topics:Maduka OrjiNasarawa United
Up Next