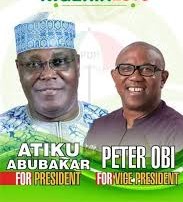 Apart from Transport Minister Rotimi Amaechi many speculate is fishing for the 2023 presidency, considering permutations popping up on the radar of the ruling APC, no other igbo politician can be pin-pointed as ambitious despite calls to consider the geopolitical zone for Nigeria’s top job come next general election.

But a coalition of Igbo groups putting forward more candidates, including a governor, anoher minister, and an also-ran vice-presidential candidate to position for the next presidency.

If there’s any among President Muhammdu Buhari eyeing his boss’ seat, it won’t be Science and Technology Minister Onu Ogbonaya or Ebonyi Gov. David Umahi—or Peter Obi who is still loyal as a sidekick to PDP former presidential candidate Atiku Abubakar who is still warming up for another shot..

Yet the World Igbo Youth Congress, Southeast Women Professionals and Igbo Students Union has enlisted these Igbo politicians in what appears a daydream.

They base their wishful thinking on the decision of Arewa Youths to form an alliance with Ohanaeze Ndigbo Youth Council Worldwide ahead of the 2023 general elections as a welcome development.

The coalition said the development affirms the willingness of both groups to present a common front in 2023.

It made its resolutions known after a meeting with the leadership of Ohanaeze Ndigbo Youth Council Worldwide in Abakaliki Ebonyi State on Thursday.

According to a communique issued after its resolutions on Thursday, the Coalition emphasized that Igbo presidency in 2023 is the most equitable and justifiable crusade that will make “Nigeria survive from disintegration and disaster that pose threats against her collective existence”.

It believed since the APC has zoned its chairmanship to the north—and as such will not feature a northern presidential candidate in 2023—the PDP should zone its presidential ticket to the south too.

“With this development and after deliberating on the issues extensively in line with Igbo interests, we present Chibuike Amaechi (Rivers) Dr Ogbonnaya Onu (Ebonyi), Governor David Nweze Umahi (Ebonyi) and Mr Peter Obi (Anambra) PDP and others,” to run in the election.

In other words, these Igbo youth coalition is apparently caught in some kind of puppy alliance to produce a south-eastern president in 2023—all things been equal. 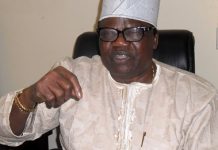 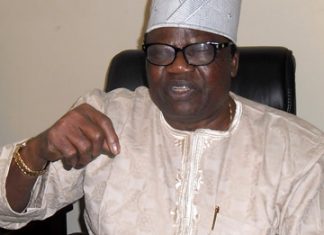