THE Universal Basic Education Commission has appealed to the 36 state governments and the Federal Capital Territory to access the N58 billion fund with the commission to increase provision of infrastructure and seats in their various schools.
The Executive Secretary of UBEC, Dr. Suleiman Dikko, said this in a speech he delivered at the inauguration of distribution of plastic chairs and desks to schools in Osun State.
The plastic desks and chairs which will be distributed to schools across the nation were manufactured by Intermarket Nigeria Limited located in Osogbo, the Osun State capital.
The UBEC boss said the plastic seats were chosen to replace the wooden furniture because of their durability, child and environment friendliness among other benefits.
Dikko said, “May I take this opportunity to once again urge all state governments and the FCT to urgently access their matching grants with UBEC which currently stands above N58bn.
“The states can do this by making available their counterpart funds to SUBEBs as well as providing an action plan on the utilisation of the funds in order to scale up provision of infrastructure and sitting materials for our Basic Education Schools. We assure all states that the process of accessing the funds has been made as simple as possible.”
The chairman of Osun State SUBEB, Chief Felix Awofisayo, stated that the event marked the new direction and policy thrust of the current Federal Government on repositioning the education sector through direct intervention.
According to him, the measure would provide succour to a large number of pupils in secondary schools.
He said, “In our own state, the inauguration of Governor Aregbesola in 2010 marked the beginning of a clear positive development in all facets of life, as the administration is anchored on the full implementation of a cohesive and all-encompassing six point integral action plan of the government.
“Let me reiterate that the provision of functional education for the entire citizenry of the state represents one of the major focal point of this integral action plan of Mr.Aregbesola.”
Governor Rauf Aregbesola said his administration had done what no government in the entire country had done in the area of provision of infrastructure in public schools.
He said, “We are building state of the art 100 elementary schools, 50 middle schools and 20 High Schools in Osun. This is a big project by any standard which has injected life into the construction industry in the state and has provided jobs for different shades of artisans and professionals.
“I want to assure you that we shall complete them all before the end of our tenure.”
Also speaking, the Chairman of Osun wing of Nigeria Union of Teachers, Mr. Amuda Abdul-Waheed promised that the materials distributed would be monitored for optimum use.
The NUT boss thanked the FG and UBEC for the distribution, assuring that teachers in the state would cooperate with government in ensuring that the giant stride in education continues in the state. 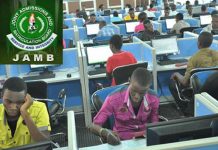 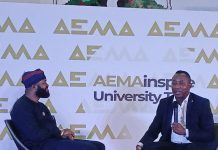 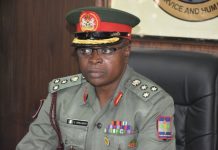